A 15-year-old pregnant girl died after consuming abortion pills prescribed by a quack to terminate her second pregnancy, in Thiruvannamalai district of Tamil Nadu on Friday. 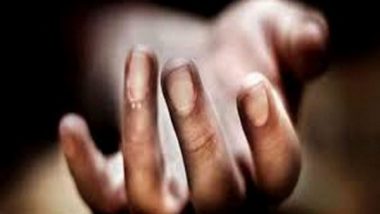 Chennai, July 1: A 15-year-old pregnant girl died after consuming abortion pills prescribed by a quack to terminate her second pregnancy, in Thiruvannamalai district of Tamil Nadu on Friday.

Police said the minor girl was impregnated by S. Murugan, 27, who happened to be the girl's relative. She was a class X student in a government school and Murugan is a driver, reported India Today.

They were also neighbours and got acquainted with each other when Murugan used to drop her at school in his two-wheeler.

According to police sources, the girl became pregnant about a year ago and terminated her pregnancy in the second month by taking abortion pills. However, it did not go well when she attempted to end her second pregnancy. This time she was four months pregnant.  Uttarakhand: Week After Alleged Gangrape of Roorkie Woman, Her Minor Daughter, Cops Arrest 5

The girl became pregnant recently, and Murugan, with the help of his friend Prabhu (27), found a way to procure an abortion pill from a person who turned out to be a quack.

They picked the girl up from her house under the pretext of taking her to school, and she was made to consume the abortion pill on the way. Unfortunately, when the two had started going towards the girl's school, the girl suddenly fell unconscious. Murugan then rushed the girl to the government hospital. Pune Shocker: 27-Year-Old Man Rapes Friend’s Minor Sister in Bhosari; Arrested

Unfortunately, the doctors in the hospital declared that the girl had been brought dead. Following this, her body was moved to the Tiruvanamalai government hospital for postmortem.

Based on the complaint from the girl's father, Murugan and his friend Prabhu were taken into custody. Murugan has been booked under the POCSO Act as well. The police are also hunting for the quack who had given them the abortion pill.

(The above story first appeared on LatestLY on Jul 01, 2022 06:31 PM IST. For more news and updates on politics, world, sports, entertainment and lifestyle, log on to our website latestly.com).