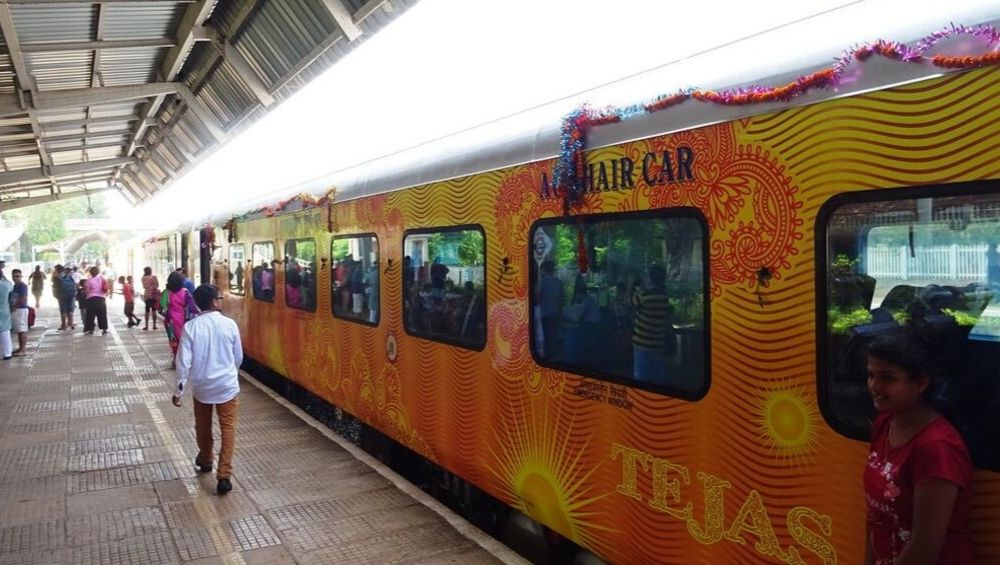 Mumbai, January 13: Several passengers of the Tejas Express complained of stale food being served for dinner on board the semi-high speed train on Saturday. Reports inform that the incident came to light after passengers, travelling between Karmali in Goa and Chhatrapati Shivaji Maharaj Terminus (CSMT) in Mumbai, were served stale pulav and roti during their journey. The passengers alleged they vomited after having the meal, which was served after the train crossed Chiplun railway station in Maharashtra on Saturday.

According to a report by Hindustan Times, the passengers lodged a complain, following which the Indian Railway Catering and Tourism Corporation (IRCTC) slapped a fine of Rs 1 lakh on the contractor for the carelessness. This is the second such incident since last week after stale breakfast was served on the Mumbai-Ahmedabad Shatabdi Express. IRCTC to Provide Taxi, Hotel Booking Services to Passengers Travelling on Tejas Express on Delhi-Lucknow & Mumbai-Ahmedabad Routes.

The report states that on Saturday, when passengers complained about the stale food, the on-board catering staff offered to change food packets. The HT report states that passengers also complained that they were not provided with medical assistance despite repeated requests. One of the passengers was quoted in the report saying that the pulav and roti that were served in the train smelled bad and some of the passengers felt uneasy and vomited after having the food.

Another passenger claimed that the food was stale but despite the issue being raised, the food was being served. However, after the incident came to light, the IRCTC administration refuted the allegations and said no incident of vomiting was reported. It said that the the pulao smelled bad as the food was packed while it was hot. According to the HT report, IRCTC claimed that the contractor will be served a show-cause notice along with a fine of Rs 1 lakh and the on-board supervisor will also be interrogated.