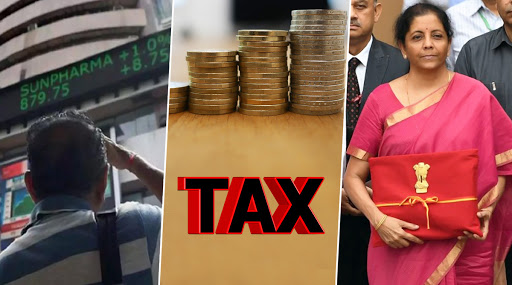 New Delhi, January 22: With days remaining for the Union Finance Minister Nirmala Sitharaman to read out the Union Budget 2020 in the parliament, reports are making the rounds that Sitharaman might make some changes in income tax slab on personal income. Reports state that Finance Ministry is mulling to levy five percent cess on income between Rs 5-7 lakh per year, while for those earning between Rs 7-10 per annum may be taxed at 10 percent.

According to various media reports, information are pouring out that the Union Ministry is considering to relax the current five percent tax on personal income from Rs 2.5 lakh-Rs 5 lakh. Apart from this, the Ministry is thinking to shift this five percent tax to a create a new slab of Rs 5-7 lakh. Income Tax Slabs Remain Unchanged in Budget 2019, 3% Increase in Surcharge for Taxable Income From Rs 2 to Rs 5 Crore and 7% for Income Above Rs 5 Crore.

Not only this, the income tax for individual earning between Rs 7-10 lakh might see a sharp decline of 15 percent from the announced 20 percent in the previous interim Budget 2019. For those earning between Rs 10-20 lakhs per annum might end up paying just 20 percent of tax and for those earning above Rs 20 lakhs/annum but less than Rs 10 crore, the tax could be 30 percent. Adding on, the government is even planning to charge 35 percent tax on those who earn more than Rs 10 crore a year.

Here's How The Current Income Tax Slab Looks Like:

It is to be known that Union Minister Piyush Goyal -- in his previous term had announced zero liability if taxable income did not exceed Rs 5 lakh and made changes in the slab. Following this, in the new tenure of BJP government, Finance Minister Sitharaman had cut corporate tax in September 2019, due to which the state exchequer would attain a loss of Rs 1.45 lakh crore. Since the Indian economy is sailing in troubled water for quite some quarters and the hope for revival seems a little hazy within few months, all eyes are on the Nirmala Sitharaman's 'Bahi Khata'.