US Secretary of State Mike Pompeo Apprised of IAF Raid in Pakistan's Balakot: Sushma Swaraj at All Party Meeting 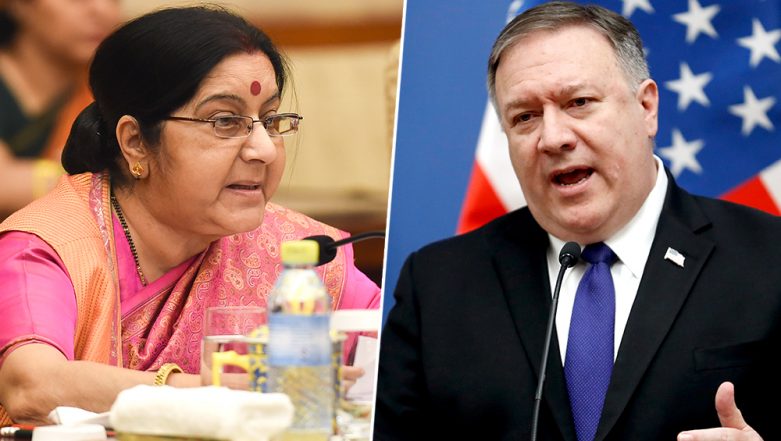 As all the opposition parties backed government to eliminated terrorist, Sushma Swaraj after the all-party meeting said, "I am happy that all parties in one voice praised the security forces and supported the government's anti-terror operations." JeM Terror Camps Destroyed by IAF in Strikes Across LoC Balakot: Photos.

#WATCH EAM Sushma Swaraj after all party meeting: I am happy that all parties in one voice praised the security forces and supported the Govt's anti-terror operations. pic.twitter.com/AOaIhMIDln

Congress leader Ghulam Nabi Azad appreciated the government efforts and extended support. "We have appreciated the efforts by the forces, they always have our support to end terrorism. Another good thing is that it was a clean operation which specifically targeted terrorists and terror camps," he said.

Meanwhile, Indian Air Force on the intervening night of 25 and 26 February conducted Surgical strike on Jaish-e-Mohammed terror camps. Confirming the development, Foreign Secretary Vijay Gokhale said JeM's biggest terror was fully destroyed in the strike. According to reports, around 300 terrorists were killed in the attack.