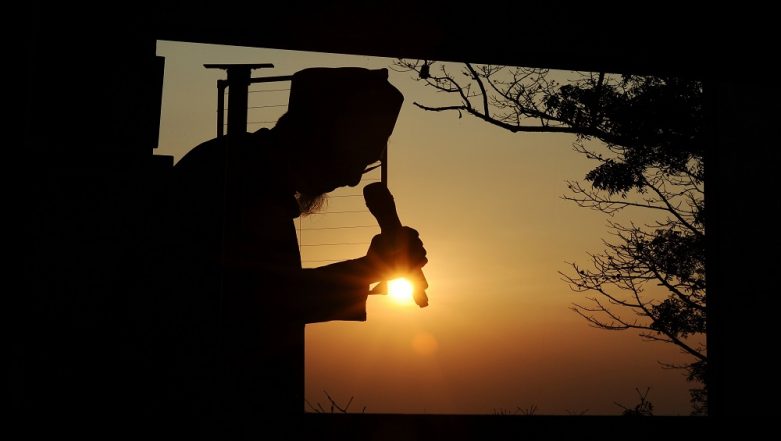 Muzaffarnagar, July 14: Twelve youths in this western UP district have been booked for pulling the beard of a Muslim cleric and forcing him to chant 'Jai Shri Ram', police said on Sunday.

Senior Superintendent of Police, Muzaffarnagar, Shailesh Kumar Pandey, said that the matter is, prima facie, one of assault and the case has been registered on basis of the complaint lodged by the cleric, Imam Imlaq-ur-Rehman. Jai Shri Ram Chanting Row: Dilip Ghosh Questions Amartya Sen's Knowledge of Bengali and Indian Culture.

According to the cleric, he was on his way to his village on his motorcycle on Saturday when a group of youths accosted him and beat him up. They pulled his beard and asked him to chant 'Jai Shri Ram'. They also told the cleric to shave his beard before entering the village.

The incident comes four days after students in a madrasa in Unnao district alleged that they were assaulted and forced to chant 'Jai Shri Ram' while they were playing cricket.

An FIR was lodged against four persons - Kranti Singh, Aditya Shukla, Kamal and one unidentified person - in the case.