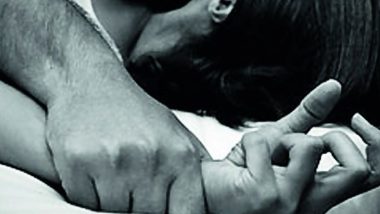 The survivor alleged that the accused had taken her photographs while she was taking a bath and then blackmailed her. A departmental enquiry has also been set up against the jawan and the police have registered a case under IPC sections 376 (rape), 452 (house trespass after preparations to assault) and 506 (Criminal intimidation).

According to the complaint, the SSB jawan often used to visit a neighbour of the survivor and one day he managed to make an alleged video while she was in the bathroom. The accused allegedly blackmailed the woman and forced her to have sexual relations with him. Ahmedabad Shocker: Four Men ‘Gang-Rape’ Differently-Abled Migrant Woman Several Times; Booked.

Kotwali Station House Officer, Arun Kumar Singh on Thursday said, "The FIR has been registered against the jawan and his unit has been informed. We have registered the complainant's statement and she will be produced before a magistrate to record her statement under section 164 CrPC. We have not included the section of IT act in the FIR as no video or picture has been recovered so far."

(The above story first appeared on LatestLY on Apr 28, 2022 08:26 AM IST. For more news and updates on politics, world, sports, entertainment and lifestyle, log on to our website latestly.com).