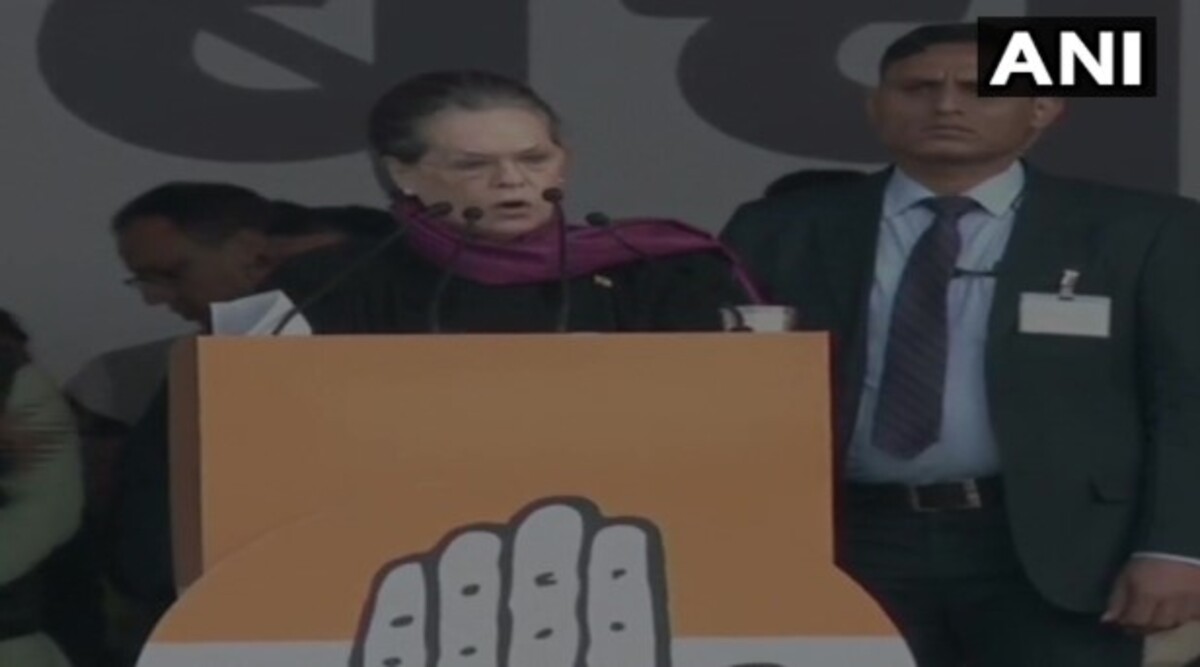 "We see the Modi government destroying the Constitution with each passing day. Modi-Shah are not bothered at all that Citizenship Amendment Act will shred the soul of India, just like it is happening in Assam and other states of the northeast," Sonia Gandhi said. 'I'm Not Rahul Savarkar, Will Never Apologise', Says Rahul Gandhi on 'Rape in India' Remark Row.

Sonia Gandhi, Congress Interim President at the party's 'Bharat Bachao' rally, in Delhi: Modi-Shah are not bothered at all that #CitizenshipAmendmentAct will shred the soul of India, just like it is happening in Assam and other states of the northeast. pic.twitter.com/PTzay0Gur0

Targeting BJP, Gandhi said, "the whole country is asking where is 'Sabka Saath and Sabka Vikas? Where is the black money? Where is employment today? Who has it?".

"We are ready to sacrifice anything for democracy, and Constitution. Congress has always fought for the rights of the people. We will fight till our last breath for our saving our nation and Constitution," Sonia Gandhi said addressing the crowds.

The protest rally comes amid an economic slowdown, unemployment, distress in the farm and industrial sectors, and raging protests across Assam and the northeast over the Citizenship Amendment Act.