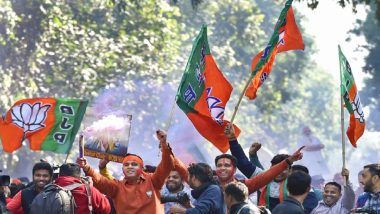 New Delhi, Feb 2: The Bharatiya Janata Party (BJP) on Friday announced 45 candidates for the Meghalaya Assembly elections, which will be held on February 27, 2018 to elect all 60 members to the Meghalaya Legislative Assembly. Check full list of candidates below.

A L Hek from Pynthorumkhrah