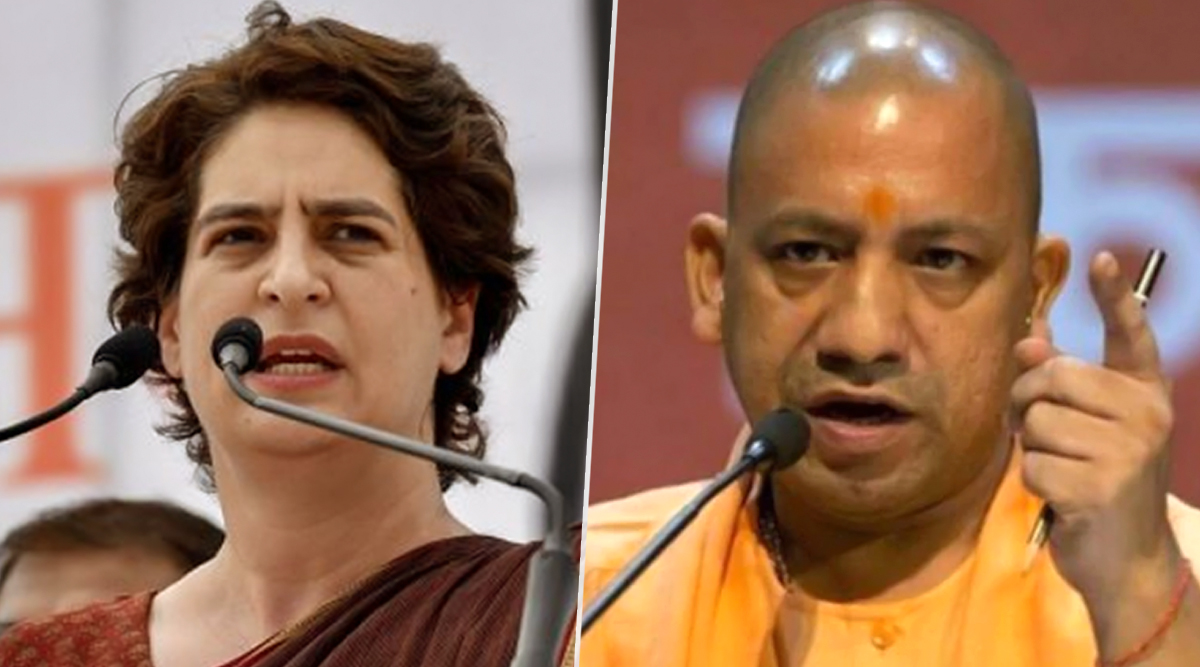 Lucknow, May 19: Uttar Pradesh Congress unit chief Ajay Kumar Lallu, along with Sandeep Singh, a close of aide party's state in-charge Priyanka Gandhi Vadra, were booked by the UP Police after they staged a sit-in protest over the denial of permission to bring migrants back from neighbouring Rajasthan. They were charged of violating the lockdown norms, as listed by the Ministry of Home Affairs (MHA). Priyanka Gandhi Vs Yogi Adityanath: List Submitted by Congress Has Two-Wheelers, Autos, Says UP Minister.

FIR has been registered by UP Police against Sandeep Singh and Ajay Kumar Lallu in Hazratganj Police station of Lucknow, confirmed a senior police official. Earlier today, the two leaders had staged a dharna at the Agra border with Rajasthan, after buses of migrants brought back by the Congress was not allowed to enter the state.

"As per MHA guidelines you need to apply for permission for inter-state bus movement after which pass is issued and permission is granted. They hadn't applied and didn't have pass. So they were not allowed to enter. He hasn't been arrested," said Ravi Kumar, SP Rural (West), Agra.

The dharna was staged by them at the at Agra(UP)-Rajasthan border in Uncha Nagla area today after the buses they had arranged to bring back migrant workers from Rajasthan to Uttar Pradesh, was not allowed to enter UP. The protesters were then removed from the spot.

The Congress is involved in a row with the Yogi Adityanath-led Uttar Pradesh government over the movement of migrants. While the state has denied permit for the entry of buses plied by the party to enter UP, it has also alleged discrepancy in the list sent by Priyanka Gandhi for the outward movement of buses to ferry back migrants to neighbouring states.