CAA Row: Half of Bangladesh Will be Empty if Citizenship Offered to All, Says MoS Home G Kishan Reddy 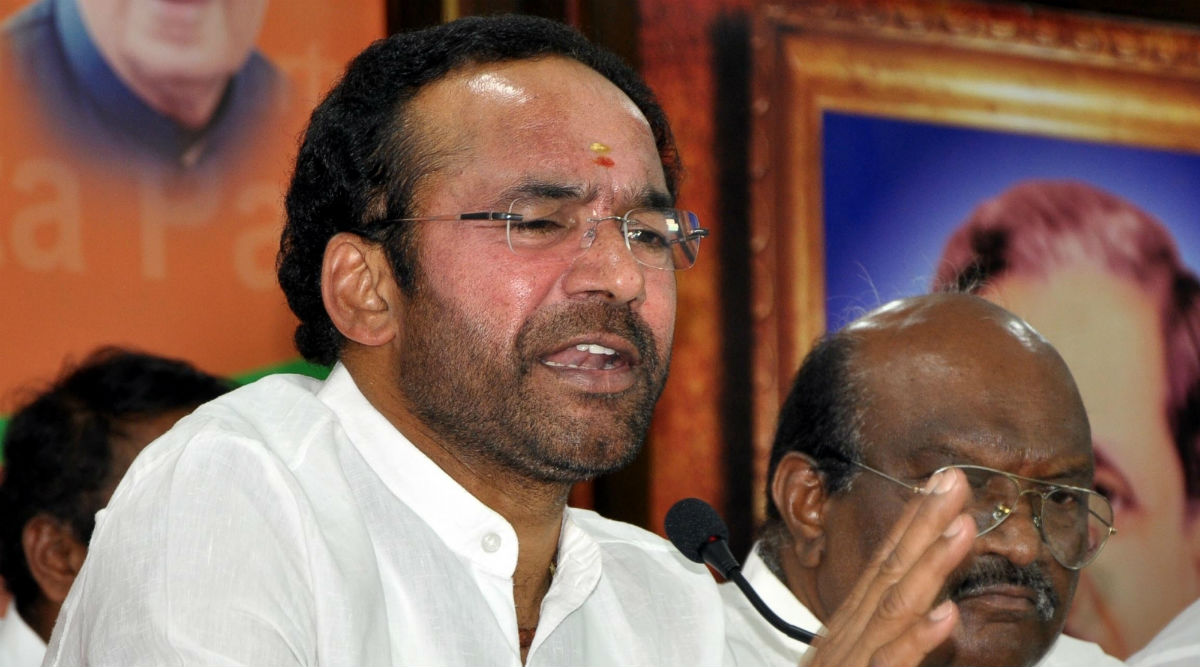 Hyderabad, February 9: Half of Bangladesh's population will leave that country if Indian citizenship was promised to them, Union Minister G Kishan Reddy said on Sunday. Speaking at Santh Ravidas jayanthi celebrations here, Reddy dared Telangana Chief Minister K Chandrasekhar Rao to prove in what way the Citizenship Amendment Act was against the 130 crore population of India.

"Half of Bangladesh will be empty (vacant) if India offers citizenship to them (Bangladeshis). Half of Bangladeshis will come over to India if citizenship is promised (to them). Who will take responsibility? KCR? or Rahul Gandhi?," he asked. "They seek citizenship for infiltrators. The Government of India is ready to review the CAA if it has one word against anyone of the 130 crore citizens, but not for Pakistani or Bangladeshi Muslims," Reddy said. Indian Citizenship Granted to 21 Hindu Migrants From Pakistan in Rajasthan.

Noting that CAA was brought in on humanitarian grounds for certain persecuted communities in Pakistan, Bangladesh and Afghanistan, he said some political parties were demanding that citizenship be given to Muslims of those countries also.

Taking a dig at TRS and its 'friendly party' AIMIM, Reddy alleged that the former was indulging in vote bank politics. "I am requesting the TRS party. I am requesting the Chief Minister (KCR). I am challenging the Chief Minister to prove if any one person out of 130 crore citizens of this country were affected by the Citizenship Amendment Act," the Union Minister of State for Home said.

Asserting that refugees and infiltrators should not be treated alike, he claimed that parties such as Congress were seeking citizenship for infiltrators, who came from Bangladesh and Pakistan.

According to him, some refugees have been staying in India for the past 40 years without any facilities and documents such as voter id, Aadhar or ration card.