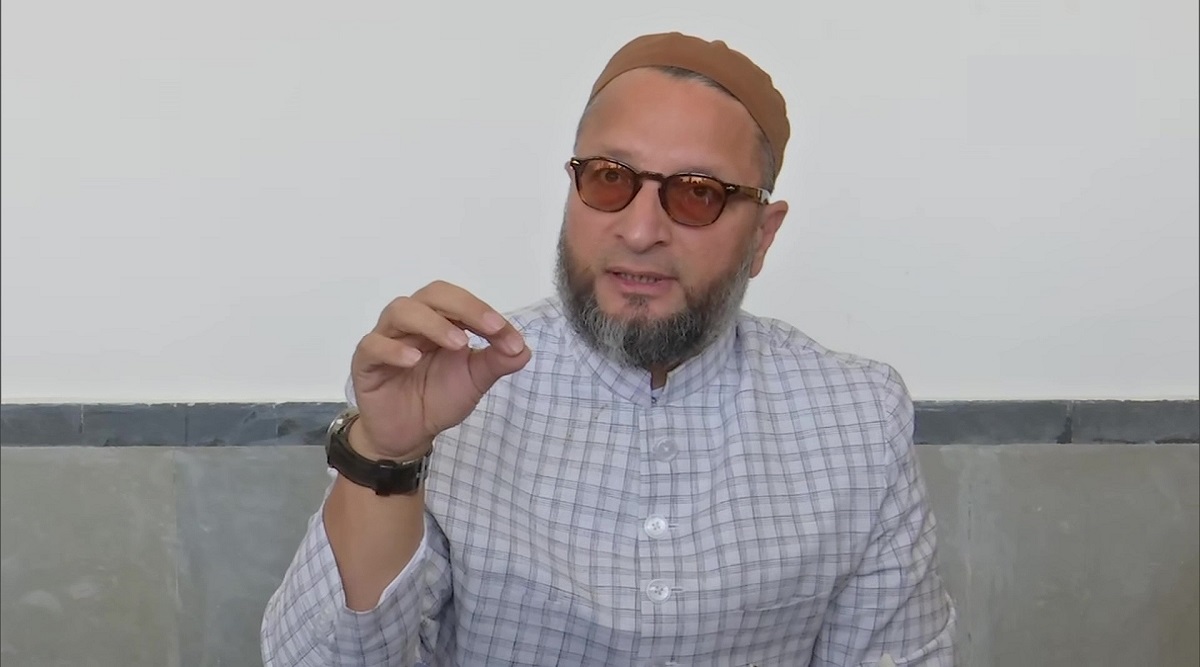 Hyderabad, February 25: AIMIM president Asaduddin Owaisi has condemned the violence in Delhi over the amended Citizenship law that has claimed the lives of five people including a police constable, and urged the Centre to take steps to bring the situation under control. Addressing a protest here on Monday night against the Citizenship Amendment Act (CAA), he said, "Prime Minister Narendra Modi and Home Minister Amit Shah your police, the Delhi police was hurling stones along with the rioters. We condemn it(violence).. it is a matter of shame that violence occurred."

"The president of a foreign country comes to Delhi and violence takes place. It is a matter of shame for the country..," the AIMIM leader said adding violence in any form was "condemnable." He asked Amit Shah to take steps to check the violence in the national capital. Anti-CAA Rally in Bengaluru: Asaduddin Owaisi at Dias, Activist Amulya Stirs Row With 'Pakistan Zindabad' Slogan; Watch Video.

Your cops @AmitShah are taking away Indians’ dignity & humiliating them for no reason. Act now. These cops deserve the highest possible punishment under the law https://t.co/BGppiccUfY

Owaisi also said he would meet Telangana Chief Minister K Chandrasekhar Rao and request him to "impose a stay" on NPR. The state cabinet had at a recent meeting, presided over by Rao, urged the Centre to abrogate the CAA. The Cabinet has decided to pass a resolution in the Assembly against the CAA.

A head constable was among the seven people killed while at least 50 others, including several paramilitary and Delhi Police personnel, were injured as violence spiralled over CAA in northeast Delhi on Monday.