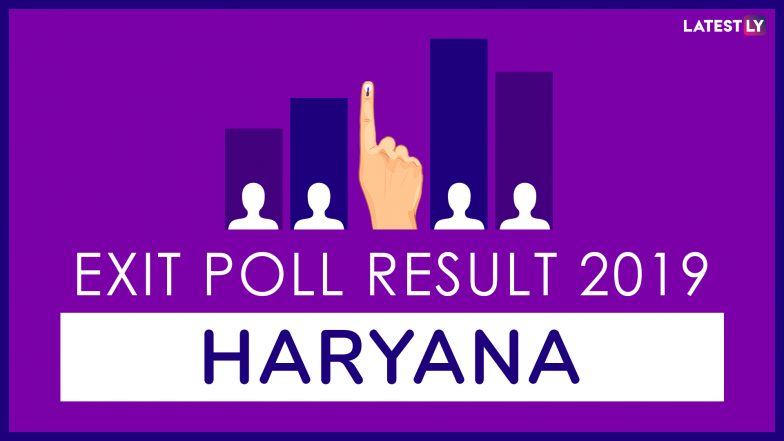 The exit polls results of Lok Sabha Elections 2019 for all constituencies of the northern Indian state of Haryana. The state has ten constituencies. The poll of polls for Haryana has predicted a clear victory for the BJP in the state with the Congress just managing to win about two seats. Voting took place in Haryana in a single phase. Haryana went to polls in the sixth phase of General Elections 2019 on May 12. The state witnessed a total voter turnout of 69.50 per cent, 2 per cent lower than the voting percentage of 2014 polls. Exit Poll Results For Lok Sabha Elections 2019 LIVE News Updates: Poll Predictions by India Today-Axis My India, ABP-CSDS, News 24-Today's Chanakya And More.

The state of Haryana will also be witnessing Assembly Elections this year. Hence, the General Election results in the state will be closely watched. It will be interesting to see who wins the battle on the seats being contested by former chief minister Bhupinder Singh Hooda and his son and also Karnal, which is Chief Minister Manohar Lal Khattar's stronghold.

Former chief minister Hooda is pitted against Ramesh Chandra Kaushik of the Bharatiya Janata Party (BJP) and Surender Chikara of the INLD on the Sonipat Lok Sabha seat. Hooda's son is fighting from his stronghold Rohtak. Deepender Singh Hooda fought against Arvind Sharma of the BJP and Dharambir Fauji of the INLD.