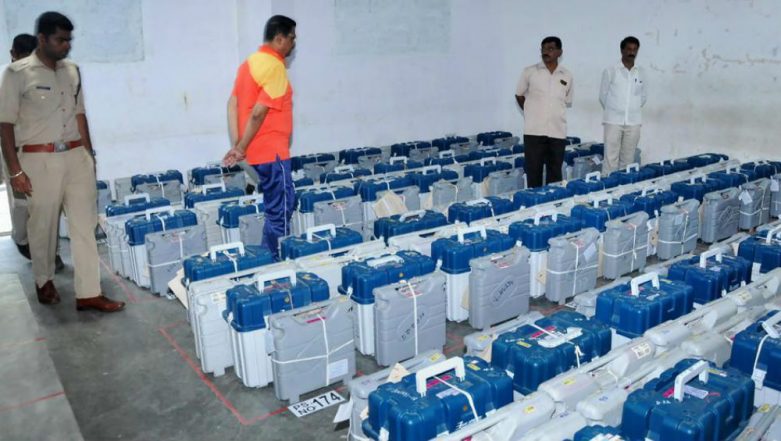 "EVMs and VVPAT machines were brought to the designated strongrooms from all polling stations where police and paramilitary personnel will guard them round the clock," he said. Lok Sabha Elections 2019: TRS Polling Agent Arrested For Taking Photograph Inside EVM Strongroom in Malkajgiri Constituency.

He said that in the first layer Central Armed Police Forces were deployed near the strongrooms, Haryana Armed Police personnel were posted in the second layer while district police personnel manned the outer layer. The Election Commission of Haryana has established 90 strongrooms at 38 locations with 24x7 security and CCTV surveillance for the May 23 counting.