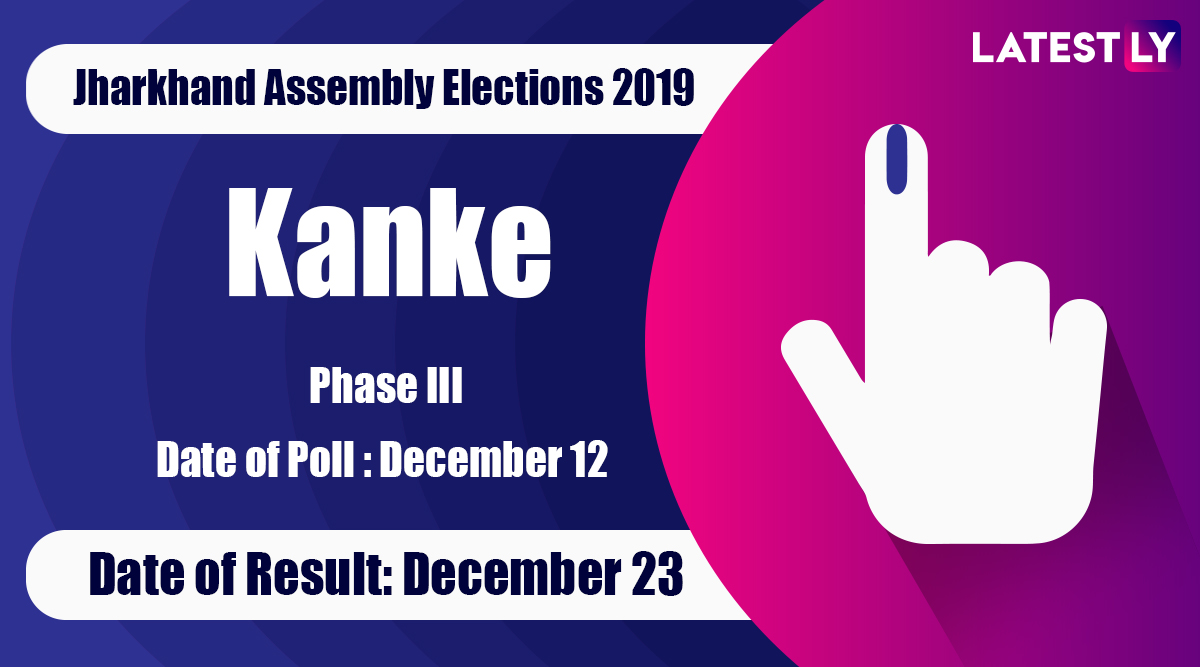 Ranchi, December 23: Sammari Lal of the BJP has won the Kanke (SC) Vidhan Sabha seat in Jharkhand. The Kanke (SC) assembly constituency in Jharkhand went to polls on December 12, 2019 in the third phase of Jharkhand Assembly Elections 2019. This seat falls in the Ranchi district and comes under Ranchi  Lok Sabha constituency and is reserved for the Scheduled Caste (SC). The Bharatiya Janata Party (BJP) had given its ticket to Dr. Jeetu Charan Ram while the Congress had fielded Rajiv Kumar from this seat. At present, Jeetu Charan Ram is the sitting MLA. Phase-Wise List of Seats Going to Polls in Jharkhand.

In the last Assembly polls in Jharkhand in the year 2014, the BJP had won with a thumping majority by defeating Congress and its major allies RJD, Janata Dal (United), and Jharkhand Mukti Morcha (JMM). Ever since Jharkhand was formed, it was the first time in 2014, that a single-party (BJP) formed a majority in the state assembly. The BJP had won in 43 seats out of 81 seats, 2 more that required majority.