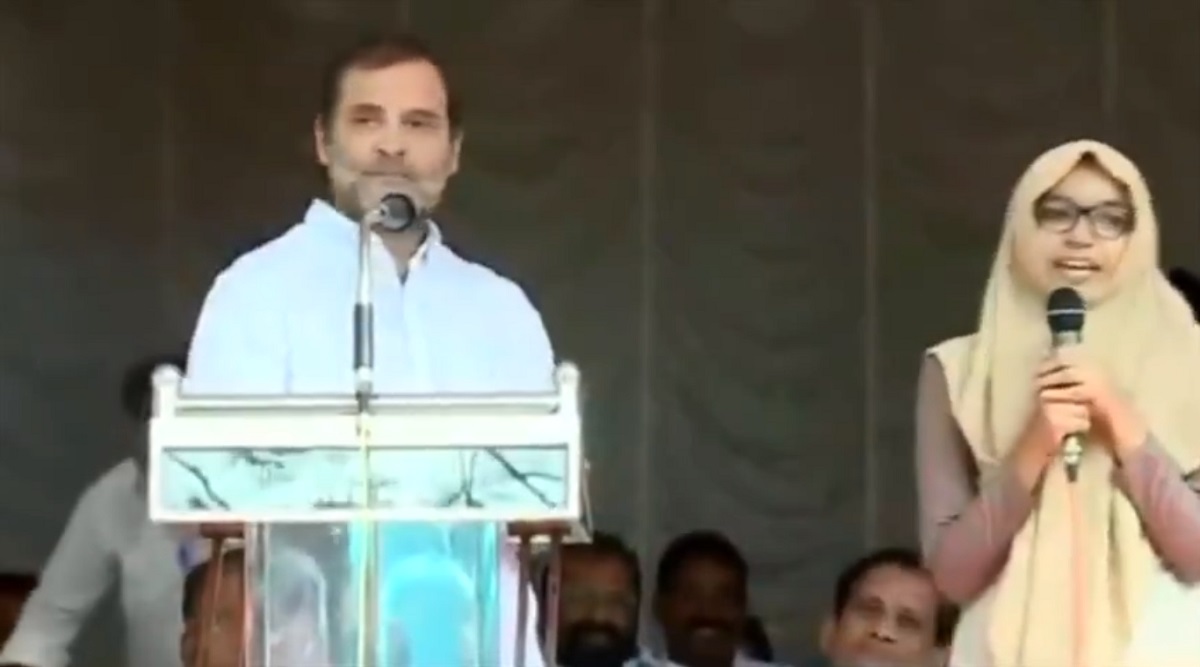 Wayanad, December 5: An 11th standard student of a government school here was the cynosure of all eyes as she effortlessly translated the English speech of Congress leader, Rahul Gandhi, to Malayalam at her school campus here on Thursday.

The student, Fathima Safa, of the government higher secondary school at Karuvarakkundu was among the audience when Gandhi asked the students if anyone would volunteer to translate his speech. Kerala Floods 2019: Rahul Gandhi in Wayanad to Review Rehab Work.

The Spirit of Kerala in action! pic.twitter.com/wt6KCdRfK4

"Is there any student who would like to translate what I am saying?" Gandhi asked. Safa lifted her hand and was promptly asked by the Congress leader to come to the stage. The young student without any hesitation climbed onto the stage and translated Gandhi's speech into Malayalam without any trouble. Gandhi later thanked her and handed over a chocolate in appreciation. An elated Safa later said she never thought she would get such an opportunity.