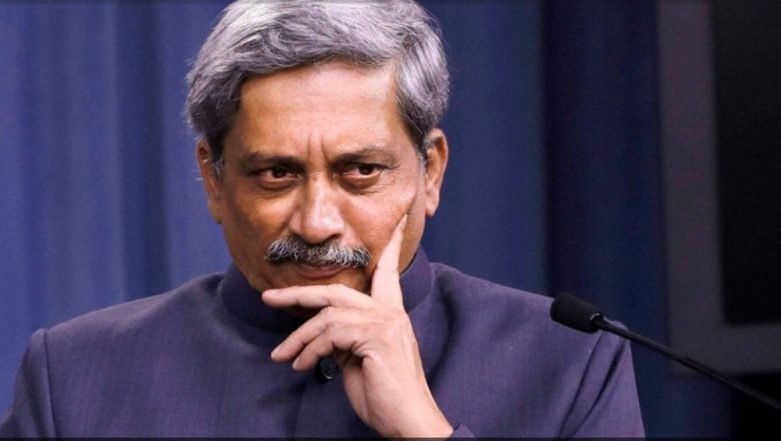 Panaji, April 2: Union minister Shripad Naik, who is contesting from North Goa Lok Sabha seat, on Tuesday said the BJP has incorporated inputs given by late chief minister Manohar Parrikar for its poll campaign in the coastal state. Mr Parrikar, 63, died on March 17 after battling a pancreatic ailment for over a year. "We are certainly going to miss Parrikar's presence in the poll campaign. He was one of our main speakers at rallies and a crowd-puller," Mr Naik told PTI in an interview. The sitting MP, who has won four times from North Goa, said Mr Parrikar was always the key person in deciding the BJP's poll strategy.

"This time also, before his death he had participated in the meetings and given valuable suggestions which are incorporated in the poll campaign," the AYUSH minister said. He claimed that he undertook around 1,000 works in the last five years in North Goa as part of the MP Local Area Development Scheme. Goa: BJP Appoints MGP Turncoat Manohar Ajgaonkar as Deputy CM, Drops Sudhin Dhavalikar From Cabinet.

"Once I win, I will take up 300 more works," he said. He said he would soon release a booklet giving details of the works undertaken by him in his constituency. Mr Naik is pitted against Congress' Girish Chodankar and Aam Aadmi Party's Pradeep Padgaonkar in the North Goa seat.