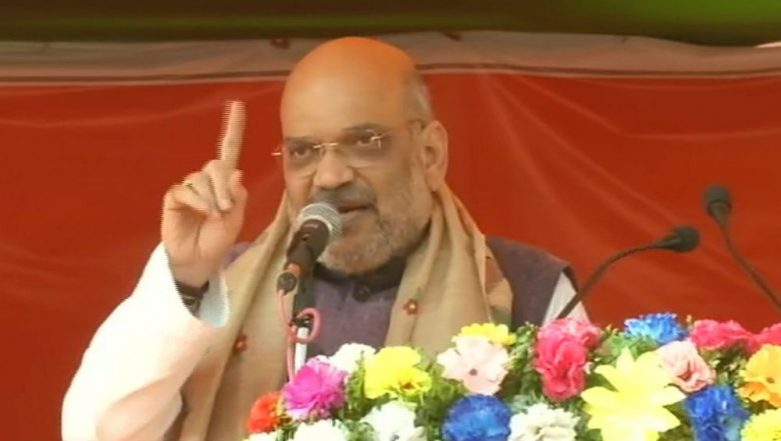 New Delhi, May 17: BJP President Amit Shah on Friday said that party leader Pragya Singh Thakur's praise of Mahatma Gandhi's assassin Nathuram Godse as a "patriot" was against the BJP's ideology. Distancing the party from the comments made by its leaders Pragya Thakur, Ananth Hegde and Naveen Kateel in support of Godse, Shah said the party's disciplinary committee would inquire into the matter.

The Bharatiya Janata Party (BJP) President's announcement came as the party faced criticism over the remarks ahead of the final phase of the Lok Sabha elections. Pragya Thakur was the first among the three party leaders to call Godse a "patriot", leading the Election Commission to seek a report from the Madhya Pradesh Chief Electoral Officer.

As her statement went viral, two BJP MPs -- Union Minister Anant Kumar Hegde and Nalin Kumar Kateel -- also came out in her support. Godse shot dead Mahatma Gandhi at a prayer meeting in New Delhi on January 30, 1948. He was hanged after a trial.