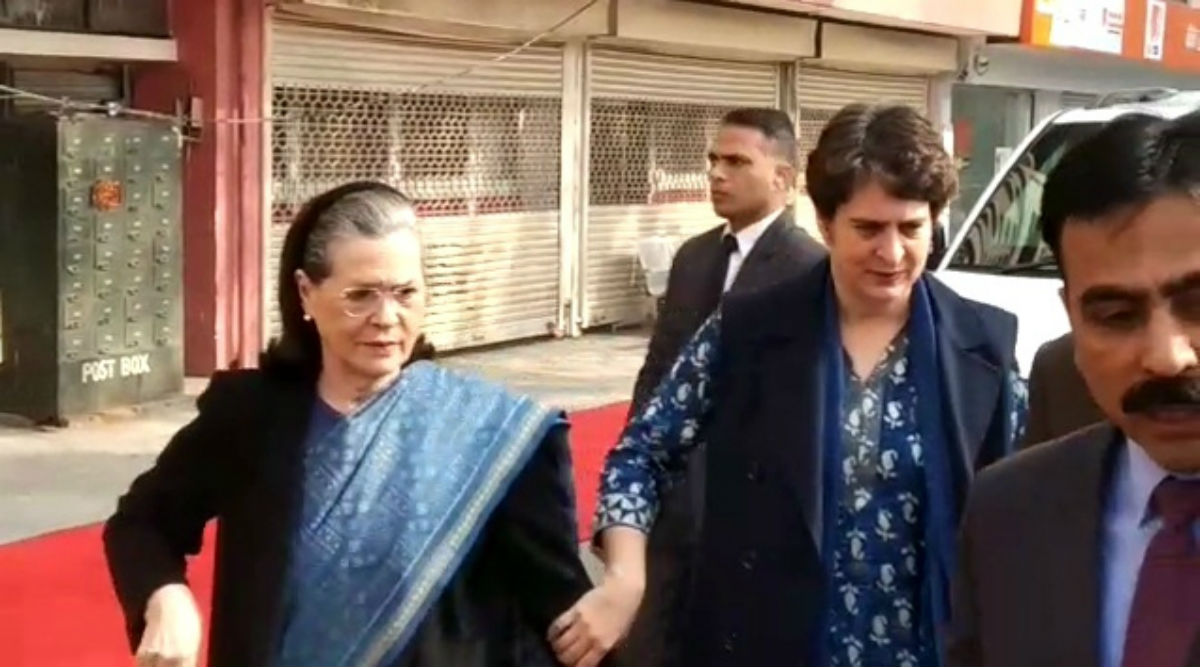 New Delhi, February 16: Political circles in Delhi are abuzz with rumours that the Congress may send Priyanka Gandhi Vadra to Rajya Sabha. Speculations are rife about the nomination of Priyanka Gandhi from Chhattisgarh. While Congress leaders are tight-lipped, a report suggested that the grand old party was weighing political advantages and disadvantages if Priyanka Gandhi enters the upper house of Parliament. Priyanka Gandhi Reacts to Congress Drubbing in Delhi Assembly Elections 2020, Says 'We Have to Work Really Hard And We Will'.

Terms of several senior Congress leaders such Ghulam Nabi Azad, Ambika Soni and Digvijaya Singh are about to end. Congress will try to fill these vacancies from the quota allowed to Chhattisgarh, Rajasthan and Jharkhand where the party is in power. Congress leaders from Chhattisgarh have offered a Rajya Sabha seat for Priyanka Gandhi, News18 reported on Sunday. However, no one from the party has confirmed the development. Priyanka Gandhi Vadra's Security Breached by Man at Congress Foundation Day Event in Lucknow.

Several possible outcomes are being analysed if Priyanka Gandhi is nominated for Rajya Sabha. While she can sharpen Congress's offensive against the BJP government in the upper house, her nomination will give the saffron party another opportunity to raise the dynasty issue. Activities in Parliament can also hamper Priyanka Gandhi's her campaign in Uttar Pradesh ahead of assembly elections in 2022.

The speculation could turn out to be a baseless rumour just like reports of Priyanka Gandhi contesting against Prime Minister Narendra Modi from Varanasi in 2019 Lok Sabha elections. While Ghulam Nabi Azad is expected to be nominated again, it remains to be seen whether leaders like Jyotiraditya Scindia, Randeep Singh Surjewala and Bhupinder Singh Hooda will be given Rajya Sabha berths.