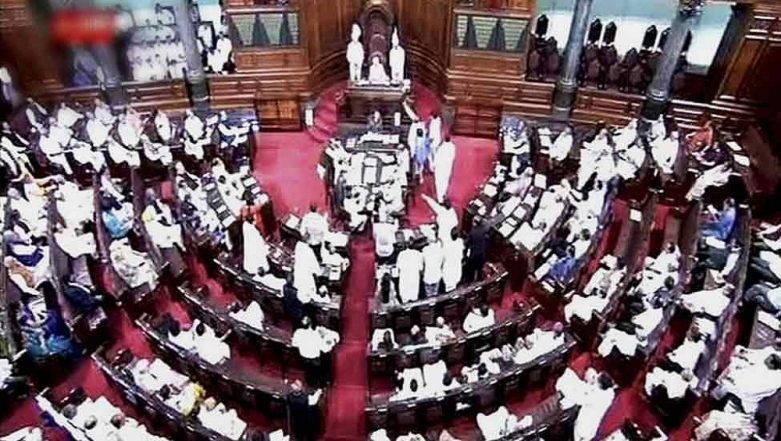 New Delhi, June 24: The Bharatiya Janata Party (BJP) on Monday named senior leader JM Thakor and former bureaucrat-turned-politician Subrahmanyam Jaishankar as the party's candidate from Gujarat in the upcoming Rajya Sabha bypolls. For Jaishankar, getting elected to the Parliament's Upper House holds significance as he has been appointed as the External Affairs Minister in the new government at the Centre.

Returning Officer C B Pandya issued notices announcing by-elections to two seats which fell vacant due to the election of Smriti Irani and Amit Shah to the Lok Sabha. Both had been elected to the Upper House from Gujarat in 2017. S Jaishankar, External Affairs Minister, Formally Joins BJP in Presence of Working President JP Nadda

If more than one candidates remain in the fray, polling will be held separately on July 5 between 9 am and 4 pm. Results will be declared at 5 pm the same day.

Irked by the EC's decision to conduct separate polling for the two seats, which has diminished the Congress' chances of winning at least one of them, the state unit of the party has already moved the Supreme Court.

The petition filed by Paresh Dhanani, Leader of Opposition in Gujarat Assembly, has sought a direction to the Election Commission to hold the by-polls together.

The EC said in a statement on June 15 that vacancies for by-polls to all legislatures are considered as "separate vacancies" and separate polls are held though they could be held on the same day and at the same time.