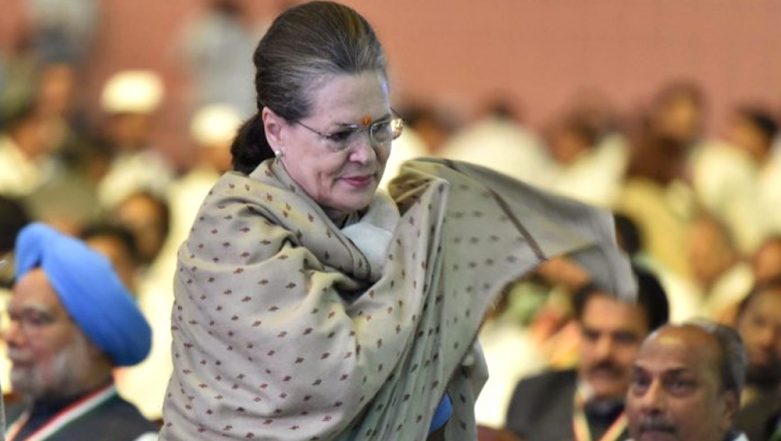 New Delhi, September 5: With just five months to go for the Delhi Assembly elections, Congress interim President Sonia Gandhi held a meeting with former city unit chiefs and discussed the leadership issue. According to reports, Sonia Gandhi will soon announce a name for president's post of Delhi Pradesh Congress Committee (DPCC), which has been left headless after the death of former Delhi Chief Minister Sheila Dikshit. Infighting Escalates in Delhi Congress, 29 Leaders Write to Rahul About 'Complete Confusion' in DPCC.

The Congress, which is eyeing a comeback in the national capital, which it had ruled for three consecutive terms from 1998 to 2013 under Dikshit, is still struggling to find a leader who can keep its house in order. The grand old party had lost the 2013 elections to the Aam Aadmi Party and was completely wiped out in the 2015 Assembly elections when the AAP won 67 out of the 70 seats. The BJP had won three seats.