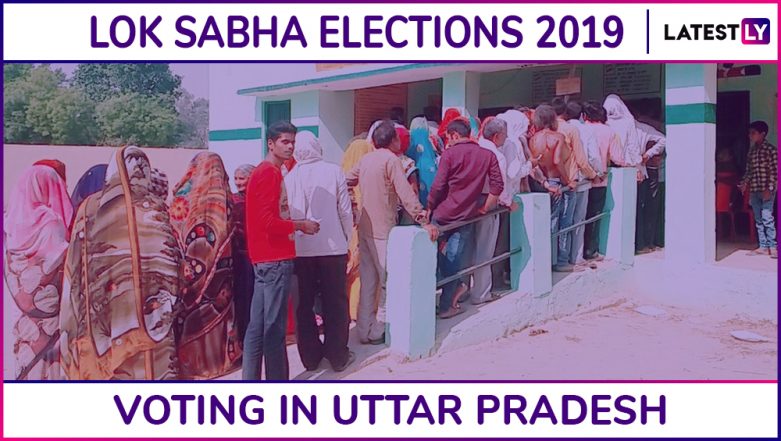 Over 10.1 crore voters decided the fate of 918 candidates including Prime Minister Narendra Modi. They cast their ballot at over 1.12 lakh polling stations. PM Narendra Modi to Seek Re-Election From Varanasi in Final Phase of Lok Sabha Elections 2019.

Other than the 13 constituencies in UP, polling took place on remaining eight constituencies of Bihar, three of Jharkhand, eight of Madhya Pradesh, nine of West Bengal and all the four of Himachal Pradesh, 13 of Punjab and the lone seat of Chandigarh.

While campaigning ended on Friday in six of the states, it ended on Thursday in West Bengal on the Election Commission's orders.

The polling in Uttar Pradesh for Lok Sabha Elections 2019 took place in seven phases. The politically crucial state, which sends as many as 80 MPs to the Lok Sabha, was instrumental in the Bharatiya Janata Party (BJP) gaining majority on its own in the 2014 Lok Sabha Elections. However this time the contest has got heated up as the Samajwadi Party (SP) and the Bahujan Samaj Party (BSP) formed a pre-poll alliance ahead of the elections making a straight fight between the BJP and SP-BSP combine and Congress.