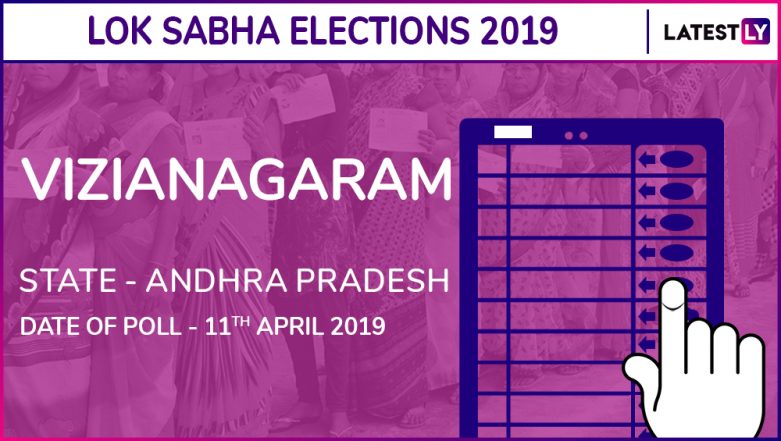 Bellana Chandra Sekhar of theYuvajana Sramika Rythu Congress Party won from the Vizianagaram Lok Sabha Constituency in Andhra Pradesh. Sekhar defeated Ashok Gajapathi Raju Pusapati of the Telugu Desam Party by a margin of 48,036 votes. The constituency number of this place is PC 3. Voting took place here in the first phase of Lok Sabha Elections 2019 on 11 April. The counting of votes took place on May 23. A total voter turnout of 80.56 per cent was recorded by the Election Commission of India.  Lok Sabha Elections 2019 Schedule: Voting In 7 Phases From April 11 to May 19, Counting And Results On May 23; Check All Dates For General Elections

The last general election in the year 2014 was won by Telugu Desam Party (TDP) candidate Ashok Gajapathi Raju Pusapati who bagged the total of 5,36,549 votes and is also the current MP on the seat. The runner up of the election was Venkata Swetha Chalapathi Kumara Krishna Rangarao Ravu of the Yuvajana Sramika Rythu Congress Party with 4,29,638 votes.