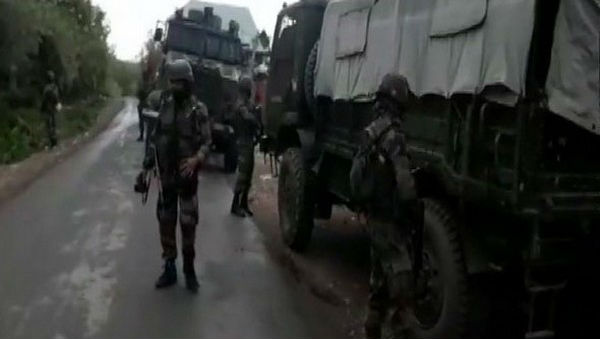 Srinagar,  May 17:  An Army jawan, who was injured in an encounter with militants in Shopian district of Jammu and Kashmir, has succumbed, police said. "The injured Army jawan Rohit Kumar Yadav has succumbed at the hospital and attained martyrdom," a police spokesman said. Jammu & Kashmir Terror Alert: Srinagar And Awantipora Air Bases Under Militants' Radar, Warns Intelligence.

Yadav had suffered grievous injuries during a gun battle with three militants in Handew area of Shopian on Thursday. All the three ultras were killed.

"As per police records, Yawar Dar was involved in planning and executing series of terror attacks in the area and many other civilian atrocities. He was involved in the terror attack on Zainpora Police Guard last year in which four policemen were martyred," he said. J&K: Three Terrorists Gunned Down in Shopian Encounter

Six militants and a civilian were killed in two encounters in Shopian and Pulwama districts in the state on Thursday. Two soldiers including Yadav were also killed in the operations.