The girl's mother lodged an FIR on July 17 but the police have not yet been able to trace the accused. 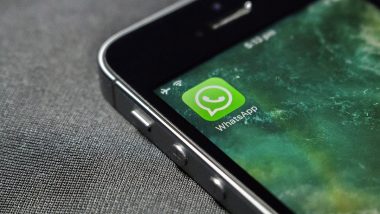 Lucknow, August 3: A Class 8 student and her family have been provided security after the girl started receiving lewd messages on her personal number. She is a member of a WhatsApp study group and is being stalked by an intruder.

"The girl and her family have also been provided security because the intruder threatened to kill them," he said.

According to reports, the girl, a student of a school in the Mandiaon area, started receiving objectionable messages in the WhatsApp study group since June.

The girl's mother lodged an FIR on July 17 but the police have not yet been able to trace the accused.

In her complaint, the girl's mother said her daughter was a member of a study group created by teachers for online classes.

She said the number used by the harasser appeared to be of foreign origin.

"My daughter is under stress and has lost focus on her studies. I complained to the school administration but it yielded no result," the girl's mother said in her complaint.

The complainant said the caller had been threatening to kill her daughter and other family members.

She said her daughter was a meritorious student and had been felicitated by the district magistrate for her participation in social work in the past.

"She is in a state of trauma and is afraid to go out of the house even for studies. We also sought help from the Women Power Line 1090 but to no avail. If children pursuing online classes are harassed in such a manner, the very objective of the exercise will get defeated," she said.

Last month, a student of Lucknow University was arrested for posting pornographic content in an online study group.

(The above story first appeared on LatestLY on Aug 03, 2021 11:04 AM IST. For more news and updates on politics, world, sports, entertainment and lifestyle, log on to our website latestly.com).