Some people are born with the skills required to succeed in business, while others spend years developing them. In order to be a successful business owner, it’s important to have more than just a glib tongue and a healthy dose of fairy dust. And the story of renowned digital marketer, Aamir Iqbal, is no different. 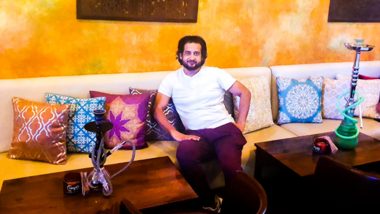 Some people are born with the skills required to succeed in business, while others spend years developing them. In order to be a successful business owner, it’s important to have more than just a glib tongue and a healthy dose of fairy dust. And the story of renowned digital marketer, Aamir Iqbal, is no different.

With the crises of life, he had to do odd jobs to fund his education and bring home the bacon. His story is a true reflection of the lives of so many children who have to struggle to get an education yet can't afford it.

In high school Aamir worked in a factory. Years later in college, he was a salesman at a clothing store. Because of his childhood interest in tech gadgets like PCs and mobile phones, Aamir was the ideal person to help with the accounting and deal with customers as a salesman.

Although Aamir's job enabled him to cover his living expenses, it didn't provide a sufficient amount that he could save towards buying a home or car. Every year Aamir burned through his salary, and every year he saved nothing... until things changed!

One day, Aamir met his old childhood friend who now had a very extravagant lifestyle. Curious as to how he was able to afford such a high-class lifestyle, Aamir asked his friend what he does for work. And his answer was “Freelancing”.

Since freelancing was not a common field in back then, it took time for Aamir to realize its value and drive himself through its learning curve. Also, the Internet only started becoming popular after the 2010’s, so therefore it took some time for Aamir to figure out how to use it as a tool for earning money.

But the good part was that Aamir had always enjoyed learning new skills and working on PC, so freelancing was something that naturally appealed to him. Aamir's friend was already very successful at freelancing, so Aamir decided to launch his own business using his friend's methods.

The Multan-born hard worker taught himself all the basic computer and internet skills necessary for him to market himself, because of his many years of experience sitting on the computer at the clothing store.

There were fewer competitors in the Freelancing niche in those days, and Aamir was able to get a fair share of it and make big profits early on.

During the first month of freelancing, Aamir was able to make $20. This was comparable to his 9-to-5 job earnings for 15 days. It was the first freelance work he took in his life. To get it, Aamir had to create a profile on Upwork and sit through a few introductory lessons.

“In my very first month, I got a single contract worth $20 that took less than 5 minutes to complete. This works out to an hourly rate of more than 400 dollars!”

He was making more money in one hour than he would be able to make in 15 days of working a 9-to-5 job in his home country. That’s an incredible example of how freelancing can help you strike gold. Therefore after riding on the freelancing wave, he started working online full-time.

Aamir had been freelancing for a while and had managed to build up a steady stream of income. Over time, Aamir started to freelance more and more. His freelancing work began to be associated with SEO, SMM, and Google Adwords.

The more time he spent working on multiple projects, the more confident Aamir became about his abilities as a Freelancer. He also learned from each of his clients, and from this experience improved his SEO, SMM, and Adwords skills.

Aamir’s business took off when he entered into an SEO deal worth $10k in 2009, which was shortly followed by dozens of similar deals. “Those were the best days of my life,” he recalls.

“The real turning moment in my life was in 2009 when with the right connections, I was able to pull in several high-paying clients.”

Many people might be skeptical about making money online. But Aamir was not one of them. In fact, he wanted to show others that anyone can make a stable income by following the right approach.

Aamir's goal was to reach out to fellow and teach them the secrets of running a business from home, so that they can replace their current full-time jobs with a more secure, less stressful home-based gig.

“My philosophy is that if you know a way to make a dollar, you have a moral obligation to share it.”

Aamir used social media to talk about the importance of digital marketing.

SEO and Bloggers is a private group on Facebook where Aamir shares his experiences and proven strategies. The group's membership has increased over the years as more and more people have realized how helpful it is.

He spends his free time helping others achieve success in digital marketing.

“You don't have to be an SEO or digital marketer to use the techniques in this group, you just have to want to learn”, says Sultan of Multan.

Nowadays, Aamir Iqbal has his own multi-million dollar ventures. He rakes in all this money from affiliate sites, Adsense blogs, website flipping, cryptocurrency trading , and selling his SEO services on Fiverr.