The last decade has witnessed a surge in interest in music therapy, with the mainstream embracing music from queer and LGBTQ+-indentifiying artists more and more. Music from queer artists and writers has been at the forefront in championing the needs of the LGBTQ+ community and is now being acknowledged on a broader, more public level. 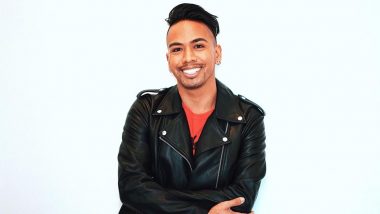 The last decade has witnessed a surge in interest in music therapy, with the mainstream embracing music from queer and LGBTQ+-indentifiying artists more and more. Music from queer artists and writers has been at the forefront in championing the needs of the LGBTQ+ community and is now being acknowledged on a broader, more public level. Impacting competencies in queer music therapy is, however, more intricate than simply incorporating gender identity issues. It goes beyond the inclusion of diversity in sexual orientation and expression within the current disciplinary framework.

Christopher Saint, a musician, songwriter, activist and entrepreneur, has been working across the entertainment and media industry for years and understands the industry’s complexity. He joined the industry in 2011 immediately after graduating college, and since then, he has developed his skills to higher heights. He has founded his creative marketing agency called Palette Studio LA to create digital content and creative stratefrgies for many companies and global entertainment brands. Among the notable brands he has worked with include The Los Angeles Times, Peoples Magazine, Time Magazine, and the Kardashian-Jenner family.

Christopher said, “I knew I could make the most impact by inserting myself into the global creative conversation. I’ve developed campaigns for brands, media publishers and celebrities that have reached millions of people. As an artist, I’ve seen my music directly be used as a vessel for activism. In the last 2020 election, I collaborated with Count The Nation to distribute my song to more than 500 high schools across Los Angeles to positively lift census participation and worked with companies like Verizon Media and various Voter Empowerment groups to inspire communities of color to get out the vote.”

Christopher was born in San Jose but moved to Southern California 11 years ago to attend school. He achieved his undergraduate and graduate programs from the University of Southern California where he was immersed in the creative world and the professional fields. His passion for using visual storytelling to inspire and motivate other people drove him into the music industry. He is currently a proud queer artist of color. Along with making music videos for his own artist project, he has created advertising campaigns, video commercials, and creative content for various media and entertainment brands.

He is a household name in the creative world, especially in the queer music industry. His song ‘Love is Love’ was adopted as the LGBTQ+ community anthem. The official music video won an award for the best music video at QueerX, earning him an invitation to speak and perform at the Pride Festivals in Southern California. He felt empowered by sharing his truth with the world in a way that was so close to his heart. And since then, he has always worked to create a bridge between communities. He established the ‘Made in Love Movement,’ a powerful collection of artists dedicated to amplifying the consciousness of love in society.

“One of my missions as an artist is to call forth the light and love in all of us. Queer people are intentionally designed by our society to be fractured from the love within. We are spoon-fed a message of self-loathing and self-hatred which disconnects us from our divinity and spirituality. I was the first artist to perform on the City of West Hollywood stage at LA Pride and I chose to do this with a 30-foot electronic screen that said “God Loves All Of Us.” In the same way that Lady Gaga fiercely proclaimed “Born This Way,” this is the truth that I know I am meant to bring to the world,” said Christopher.

To Christopher, the movement is a platform for sharing stories and the truth. He believes that ideas have the power to change the world. Sharing such ideas and facts will go a long way to influence, inspire, and transform his audiences. As a Queer artist, Christopher believes that no person in the LGBTQ+ community should be forced to decide between spirituality and sexuality. Everyone should have an equal opportunity to love their God, love themselves, and love the person they choose.

As an entrepreneur in the e-commerce, consulting, and event spaces, Christopher believes creativity and storytelling to be at the center of world change. He was invited as the keynote speaker for the Bank of America 2017 Leadership Development Summit and the Special Olympics Corporate Donor Conference. He discussed his special journey of entrepreneurship at the Los Angeles Times Multicultural Business Forum.

He urges everyone to embrace authenticity and integrity as they are vital ingredients that everyone should possess regardless of their pursuits. He defines success as living an authentic life and achieving your dreams while still helping others actualize theirs.

Christopher said, “If we can learn to operationalize love in all areas of society- in business, politics, media, entertainment, and more- our world would look a lot different. This is what I hope to do for the story and legacy that I’m creating through my art and business ventures. If we can make love at the centerpiece of our life’s mission, we as a society will be individually and collectively transformed.