Leonard Denis, who is also known as Lenny Nostra, has always been passionate about lending others a helping hand. Hailing from Philadelphia, Pennsylvania, this 37-year-old entrepreneur was raised by Haitian parents and saw firsthand how hard one must work to achieve success. 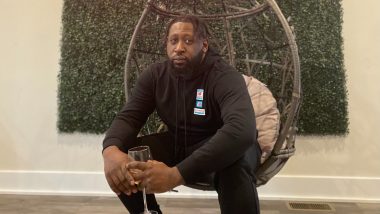 Looking back on their journeys, today’s most successful people can say with utmost confidence that a rough start can still lead to a life of triumph. Through their previous hardships and past challenges, these individuals send across the powerful message that anything is possible for those who persevere and never give up. In the case of rising entrepreneur Leonard Denis, it is shown that the first few steps toward the summit will always be the hardest.

Having gone through his fair share of trials and tribulations, Leonard Denis is intimately familiar with feeling defeated and disheartened. However, if there is one that all those difficulties have taught him, it is that obstacles are nothing but necessary steps in the road to success. For this reason, he wishes to use his story as a credible source of inspiration for aspirants and dreamers who struggle with pursuing their goals and fulfilling their ambitions.

Leonard Denis, who is also known as Lenny Nostra, has always been passionate about lending others a helping hand. Hailing from Philadelphia, Pennsylvania, this 37-year-old entrepreneur was raised by Haitian parents and saw firsthand how hard one must work to achieve success.

In his 20s, Leonard Denis had a regular job. He never had the chance to maximize his full potential because the inner city had him thinking that mediocrity is already good enough for a black man. However, he knew that he was meant for something bigger and better.

One day, Leonard Denis came across one of Zig Ziglar’s motivational videos on YouTube, and it changed his life forever. Since then, he has never been the same. Determined to start anew and build a brighter future, he decided to form a non-profit organization called New Beginning Foundation Inc., where he took the inner-city youth and gave them hope.

Proving to be unstoppable at his game, Leonard Denis has already published four books and created a music publishing company, Nostra’s World, where aspiring artists can learn how to get music placements and royalties.

Widely acknowledged for his incomparably resilient mindset, Leonard Denis knows more than anyone that rising above adversities can bring valuable lessons. As a matter of fact, surviving trials by fire allowed him to walk away with a deeper understanding of his inner strength. It was through those uphill battles that he was able to step into his light and claim his power.

Aside from making waves in the entrepreneurial landscape, Leonard Denis also serves as the much-needed voice for the unheard and the unseen. As one of the foremost advocates of seeing others succeed, he uses his career as a platform grounded on paving the way for aspiring individuals from all walks of life. He aims to show others that greatness is a product of persevering through bad times and refusing to back down from difficulties.

In the coming years, Leonard Denis envisions himself as a top activist in the Philadelphia community. According to the visionary leader, nothing is more rewarding than being a driving force behind others’ success. From peace rallies to coat drives, New Beginning Foundation Inc. has been making significant strides in changing the community and making a meaningful impact on the world.