The 74th edition of the Cannes Film Festival finally began at the French Riviera on July 6, 2021. Thus, here we have listed out five interesting facts about the ‘Festival De Cannes’. 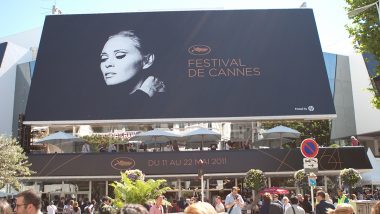 The main objective of the Cannes Film Festival has always been highlighting the works of French and international filmmakers. The film festival also promotes the film industry all across the world. Ever since the first festival which was held in a small French seaside town in 1946, all its participants have remained true to this idea till date. Marked by the glamorous film festival, Cannes has become an international luxury destination now. The location attracts top celebrities from across the globe.

The festival has been a favourite venue for film-lovers, industry professionals and as well fans who want to see their favourite film stars closely. The festivals’ celebrated status has been created for the appearance of stars from all across the world over the decades and also for the extensive media coverage. However, this year, after a delay of two months, the 74th edition of the Cannes Film Festival finally began at the French Riviera. The festival will continue till July 17, 2021. Last year, the film festival was cancelled due to the coronavirus pandemic. Now, let us check out five interesting facts about the ‘Festival De Cannes’ here:

There will be no virtual component at Cannes 2021. Also, there will be no empty seats between the attendees.  But they are required to be vaccinated or tested for Covid-19 every 48 hours.

(The above story first appeared on LatestLY on Jul 07, 2021 02:24 PM IST. For more news and updates on politics, world, sports, entertainment and lifestyle, log on to our website latestly.com).