Diane Yoo Paving the Way for Minority Women at the Executive Level: Making Not Waiting for Opportunity

Diane Yoo is a founding partner of one of the largest global venture capital funds - Parliament Ventures, based in Houston, Texas. 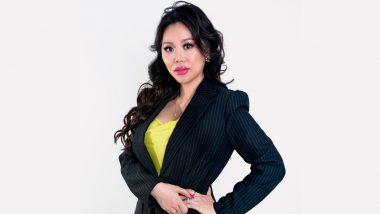 Diane Yoo is a founding partner of one of the largest global venture capital funds - Parliament Ventures, based in Houston, Texas.

Diane Yoo is many things; a second-generation daughter of Korean immigrants, the first woman general partner for healthtech and medtech venture capital, the co-founder of media platform Identity Unveiled, and makes up part of the 1% of partner-founder Asian-American women in venture capital. Yoo’s career, spanning over a decade, has seen over 30 investments in a wide variety of different industries and she has created 15 funds in the past year alone.

A self-made trailblazer, Yoo is firmly set on making a difference through her investments and empowering Asian-American women in venture capital and finance. Her goal is to close the gap of opportunities experienced by nearly all Asian-Americans. However, throughout her career, Yoo acredits her successes as an investor to her intuition and her early experiences as an entrepreneur. She hopes her experience and success serves as a catalyst for other minority women entering the VC space.

“As an investor, my goal is to highlight diverse talents to bring different, enriched perspectives and ideas to the table,” Yoo says. “For example, the value I see in women investors is that they have a decision-making power at home that they are able to tap into when they are given unique investment opportunities.”

With this decision-making superpower, Yoo says that women are able to directly impact decisions in historically male-dominated sectors, such as medtech. Yoo strives to ensure that women are actively involved in decision making  at an executive level, because they can affect women in the long run.

“Even if it's giving input on a medical device that will be uncomfortable for women to adopt or use, it’s important for medtech leaders to have this input readily available,” Yoo says. “This feedback is what allows us to evolve and to continue to make progressive strides in our investments.”

However, Diane Yoo doesn’t exclusively stick to VC. In order to actively uplift and promote women, she co-founded the media platform Identity Unveiled. The platform is devoted to showcasing the innovation and accomplishments of prominent Asian-American women, who have otherwise been dismissed by popular media outlets.

In fact, a recent study conducted by the Center of Study of Hate and Extremism shows that the level of hate-crimes being experienced by Asian-Americans due to the lack of education surrounding COVID-19, has surged 145% across all 50 states between 2019 and 2020. Yoo emphasizes the importance of uplifting and unifying diverse communities in order to combat misinformation.

“The purpose behind Identity Unveiled is to showcase the stories, however different they all might be, of Asian-American women and their resilience. Identity Unveiled is an important tool and point of reference for people outside of the community to learn about us, and serves to unify those of us who are unaware of the issues and struggles within our community,``explains Yoo.

Despite Yoo’s insatiable appetite for investing in and empowering women, she emphasizes that the key to reigniting the economy and closing the opportunity gap is consistent collaboration. This approach is especially important during a transitional period in the COVID-19 pandemic where venture capitalists, along with LPs and Angel Investors,have been presented with an opportunity to invest in women-led companies that have taken direct hits during the global pandemic.

“We’re all in this together; that’s the mentality,” says Yoo. “Whether you’re on the investor side seeking to find more diverse opportunities, or you’re trying to create more business opportunities for yourself as an entrepreneur, collaboration is incredibly powerful and necessary to continue moving forward.”

Women like Yoo have worked tirelessly to set the precedent in predominantly male-dominated industries. Yoo’s philosophy has always been to pull a seat out at the table next to you, so that others who may come after you can have their seat at the table. Through consistent empathy, collaboration, and mentorship, Diane Yoo envisions a future where diversity and inclusion are not only celebrated, but promoted and taken into account when making exective decisions.