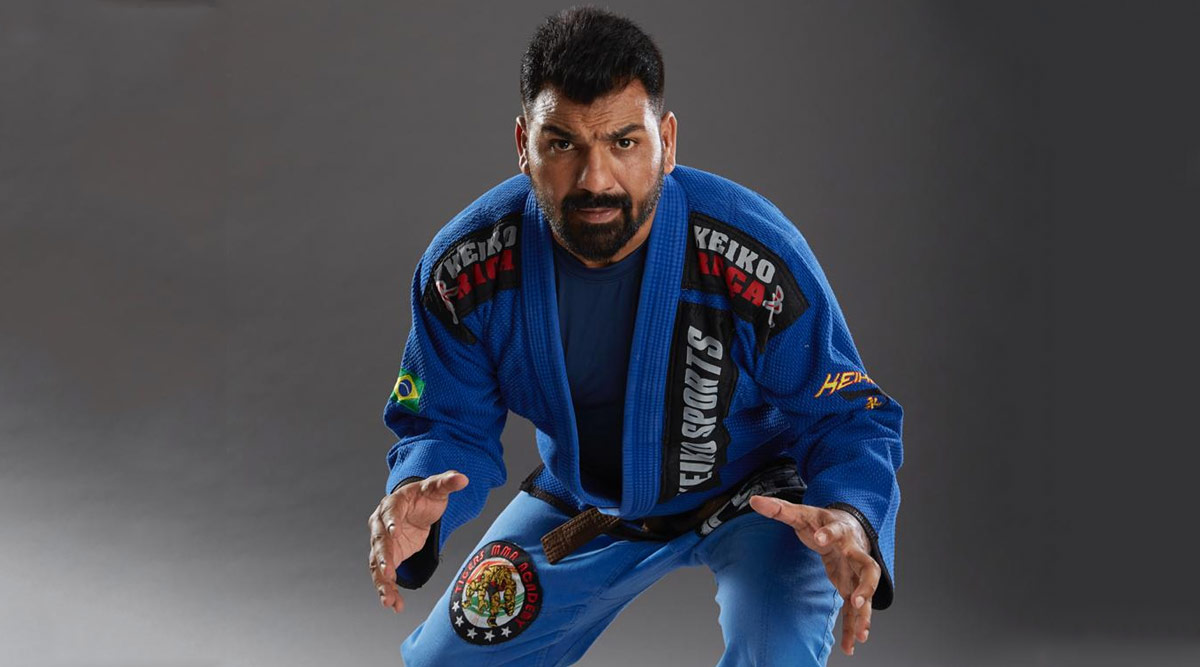 Alan Fenandes (Photo Credits: File Image)
Sports in India is on the rise and many people have made their mark in the field of sports. Be it cricket, badminton, tennis, kabaddi or hockey; many players have excelled in the field and made the country proud. One such sport which is unexplored but is gaining momentum among everyone is Mixed Martial Arts (MMA). Alan Fenandes is a reputed name who is considered as the backbone in developing MMA in the country. He is the one who founded MMA Matrix – a fitness centre in collaboration with Bollywood star Tiger Shroff. In a career of more than 17 years, he has won several accolades including a WKL Asian Kickboxing champion, a 2004 world champion in Abu Pro Kickboxing and MMA undefeated world champion in the Clash of Champions between the years 2005 and 2007. In an exclusive interaction with us, Fenandes speaks about the scope of MMA in India, how MMA Matrix came into existence and much more.
Q: How has your journey been so far in the MMA?
A: If there is one thing that has kept me going, it is Mixed Martial Arts (MMA). From an unknown young man representing the country in a foreign land to be able to provide a platform for young aspiring MMA fighters in the country, the journey has been a crazy graph of ups and downs and I couldn’t be more grateful for MMA especially for where it is today and where it has taken me.
Q: What are your thoughts on the scope of MMA in India?
A: MMA has become this phenomenon in the country that everyone from different fields, be it a fighter, a fitness freak or a celebrity wants to be a part of it and practice it. When movies are made on a sport that too in India you know it has grown and is developing.
Q: Who is your most favourite MMA Fighter of the world and why?
A: MMA is the ultimate sport for someone to showcase his/her multitude of skills and I personally feel that it’s the toughest sport to be an athlete in. My favourite has always been George St.Pierre and the reason behind it is the way he approached his fights and trained throughout the year.
Q: What does fitness mean to you?
A: Our human body is made to move and the least we can do is, keep it active. And I feel we get one life and the best we can do is, keep ourselves fit.
Q: You are a partner with Tiger Shroff for MMA Matrix. Tell us how did it happen?
A: Well it was the love for the sport of MMA and Tiger being the tremendous athlete that he is, he has always pushed the envelope for himself in real or reel life. Our mutual and immense love for MMA brought us together.
Q: Who were your heroes while you were growing up?
A: Anybody who got into Martial Arts was inspired by Bruce Lee and I was no different from Jackie Chan to Donnie Yen to Jet Li. Each one was an inspiration. My main shift to full combat came from Jean Claude Van Damme and the movie “BloodSport”.
Q: What keeps you motivated in life?
A: I want India and Indian MMA athletes to be able to stand shoulder to shoulder at the international stage. So anything to make that happen is my motivation each day.
Q: How did you start your career in MMA  and what pushed you towards it?
A: My MMA Career was inspired by Jean Claude Van Damme and I was searching for someone who would in real teach me all that he did on screen. That’s when I met my coach Daniel Isaac who had recently won a World Title in Russia. I met him and the rest is history. I saw him perform a demonstration and I knew that this man would teach me what I wanted to achieve as a Martial Artist and that’s how I started my career as a professional fighter first and then a full-fledged MMA coach.
Comments
Tags:
Alan Fenandes Tiger Shroff
Comments
You might also like