Gigi Hadid and Kendall Jenner are raising temperature on Instagram after going topless for Chanel shoot. The black and white pics of the super models for Chanel is making fans go crazy. 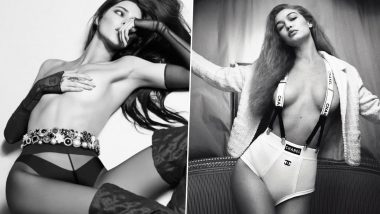 Gigi Hadid and Kendall Jenner are raising temperature on Instagram after going topless for Chanel shoot. The black and white pics of the super models for Chanel is making fans go crazy. The beautiful shots give away a sexy vibe and are shot in a creative way. Both Gigi and Kendal ditched thei lingerie for this sultry shoot.  The super successful models took to Instagram to share the pics with their fans. Gigi's pics feature her in scanty outfit posing for different shots in a luxurious home in Paris.Gigi revealed that the pictures were taken by Cass Bird for a Chanel-inspired shoot in December 2019 months before her pregnancy was revealed.  Kylie Jenner Launches Her Face Mask Range With Red Lips And Her Name Inscribed on it Amid COVID-19 Pandemic.

In the pics,  Gigi is seen donning a pair of high waisted Chanel briefs with Chanel suspenders. Whereas Kendall Jenner is raising the temperature on Instagram with a black and white pic  for Chanel's cover shoot. The leggy goddess ditched her top flaunting her sharp and sexy frame. The racy fashion shoot saw Kendall go topless and for the over of Chaos SixtyNine's Chanel issue - the 5th Posterbook edition.  In the pic Kendall can be seen holding her breasts with her right arm. Giving us some sensuous expressions the supermodel looked away from the camera. Flashing her lingerie that hugs her waist perfectly peeping out of the sheer pair of stockings, Kendall looked sizzling. She completed her look with a pair of sexy gloves and thigh-high boots.  View pics: 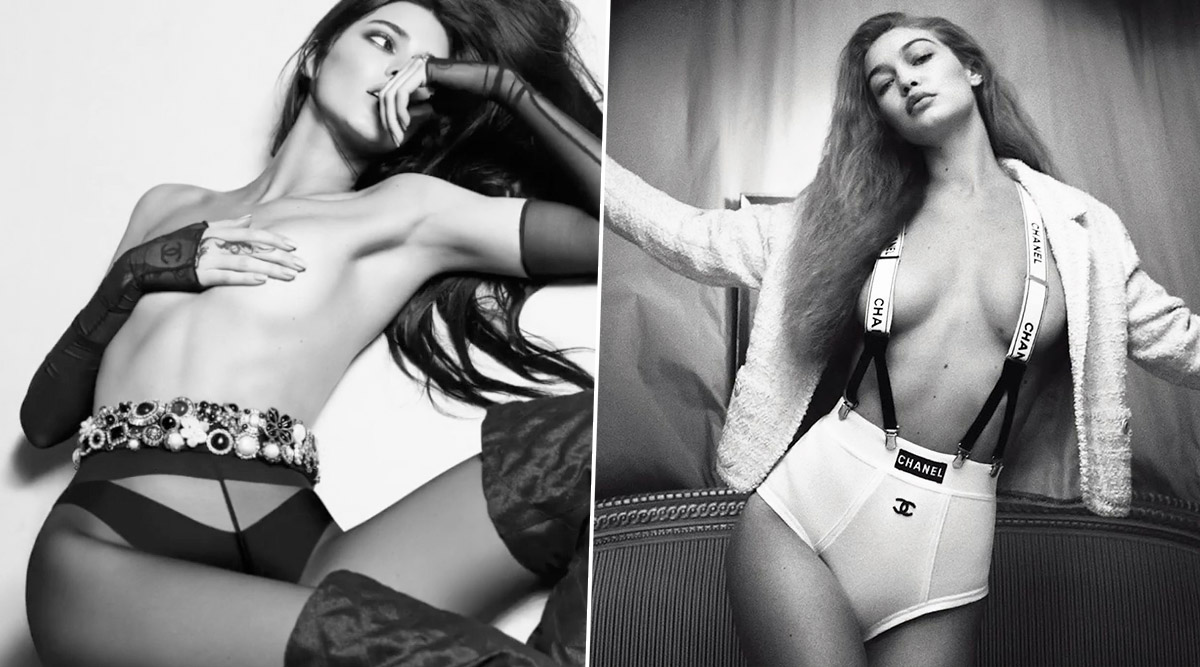 The super models looks breathtakingly stunning in the pics and fans cannot stop themselves from flooding the comment section with compliments.

(The above story first appeared on LatestLY on Aug 04, 2020 03:52 PM IST. For more news and updates on politics, world, sports, entertainment and lifestyle, log on to our website latestly.com).