Gigi Hadid in her elaborative chat with Harper's Bazaar for their new August edition spoke about her pregnancy and how she maintained a couple of journals - a good and a bad one - throughout her nine months. 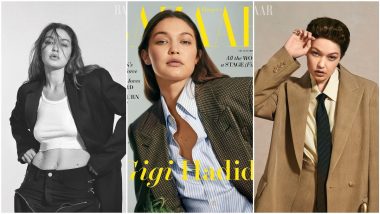 Gigi Hadid is back from her maternity break and while she already took the ramp by storm, she's back to being the cover girl for many magazine editions. Gigi, who welcomed her first daughter with beau Zayn Malik, was busy spending her pregnancy in a quiet little farm in Pennsylvania owned by her mom. And while she thoroughly enjoyed that phase, she's back to being a professional and her recent magazine cover speaks volumes of it. Gigi Hadid Birthday: Runway Looks of the Supermodel That are Sexy AF (View Pics).

This isn't the first time when Hadid has taken us by surprise with her new set of pictures. We have seen her ace so many photoshoots in the past. However, this one is slightly different for this doesn't project her as the only glamorous diva that she is. This time, she's more like a determined lady who knows what she wants from her life. Dressed in suits but with a dash of casual to it, she's successfully juggling between formal and informal dressing. While her styling remains simple, her expressive eyes do all the talking here. Gigi Hadid and Kendall Jenner Go Topless For Chanel! Racy Black And White Pics Go Viral on Instagram.

Gigi Hadid for Harper's Bazaar US 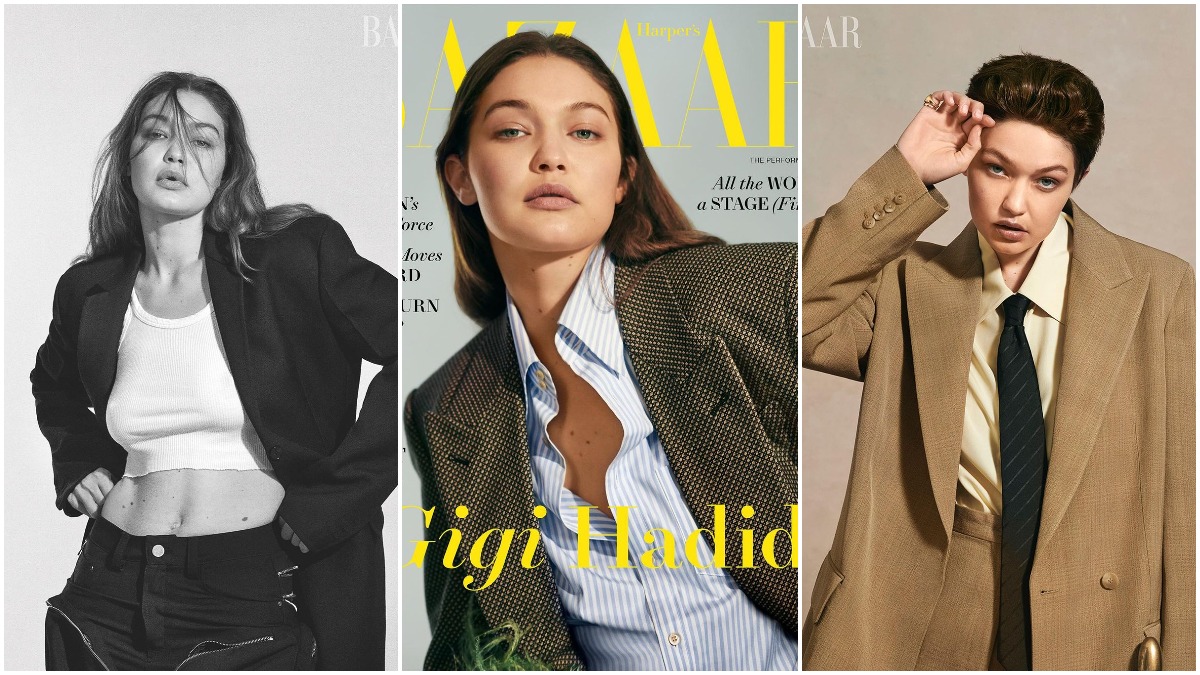 Gigi Hadid in her elaborative chat with Harper's Bazaar for their new August edition spoke about her pregnancy and how she maintained a couple of journals - a good and a bad one - throughout her nine months. While one was filled with all the good memories, the other one had all her anxieties and not-so-good thoughts written in them.

Gigi's sister, Bella Hadid recently made headlines when she set the red carpet at Cannes on fire with her hot black, deep-neckline gown by Schiaparelli. While we couldn't stop rooting for her, Gigi too, was immensely proud of her darling sister.

(The above story first appeared on LatestLY on Jul 14, 2021 09:10 PM IST. For more news and updates on politics, world, sports, entertainment and lifestyle, log on to our website latestly.com).