Janhvi Kapoor Dials Up the Drama With an Alexandre Vauthier Brown Wrap Dress! Janhvi Kapoor, the spunky millennial rarely skips a style beat. A stylist’s delight and a designer’s muse, Janhvi keeps us hooked to her shenanigans. Versatility is the key to Janhvi’s fabulous style and she goes coy or sassy, as the vibe demands. She had us hooked as Janhvi turned on the heat in a sultry brown number from Alexandre Vauthier. A svelte frame, toned calves, a risqué cut, textured waves and nude lips – Janhvi exuded unabashed hotness in one single frame! Janhvi debuted with Dhadak opposite Ishaan Khatter in 2018. Armed with a surname that spells fame and a lineage that has everyone hooked, Janhvi has aced the subtle art of handling it all with enviable aplomb. Undeniably, she has inherited the genetic jackpot of good looks, grace, and poise, distinctly resembling her late mother, Sridevi.

Quite rightly, her style arsenal has already endeared her to the fashion lovers and critics alike. Her glam squad for this style featured fashion stylist Tanya Ghavri, hairstylist Anchal Morwani and makeup artist Tanvi Chemburkar. Here is a closer look at Janhvi’s fabulous avatar.

Janhvi Kapoor – Raising The Mercurial Levels and How! 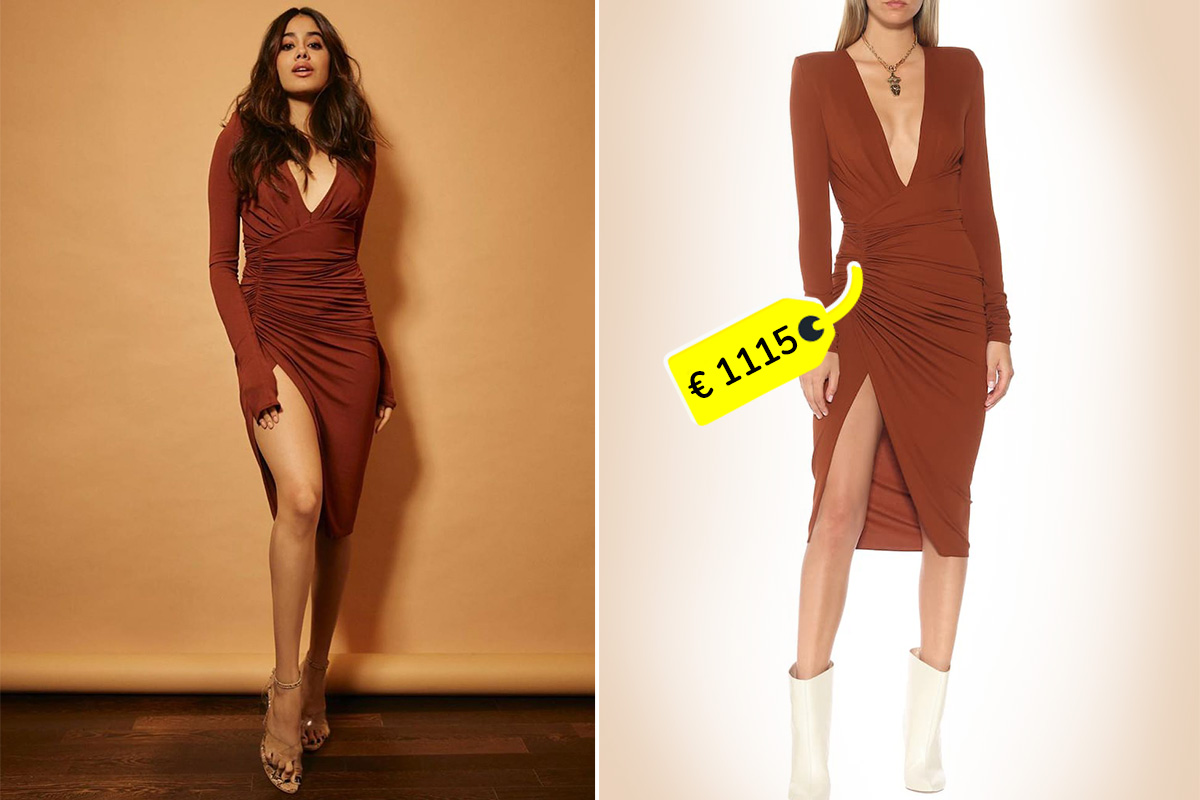 A wrap dress is a wardrobe must-have. With a plethora of options to explore, the wrap dress can be your perfect party accompaniment this season!

On the professional front, Janhvi will be seen in the Karan Johar directed period drama, Takht that features an ensemble cast including Ranveer Singh, Alia Bhatt, Bhumi Pednekar, Kareena Kapoor Khan and Anil Kapoor. She will also be seen in Gunjan Saxena, the biopic in which she will be seen essaying the titular role of India’s first woman combat aviator to have ventured into the Kargil war zone. The film is scheduled for a release on 13 March 2020. She will also be seen in Roohi Afza, a horror comedy-drama with Rajkummar Rao and Varun Sharma, scheduled for a release on 17th April 2020.