Radhika Madan Keeps It Slick, Sleek and Sassy With a Printed Dress for Angrezi Medium Promotions! 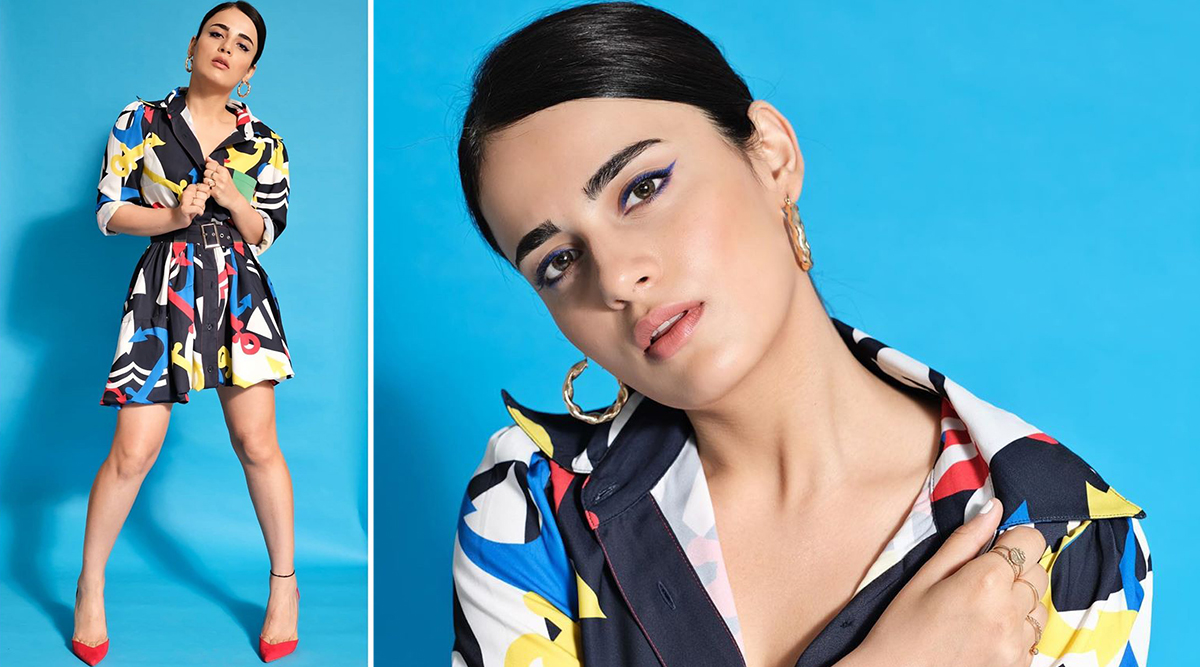 She became a household name as Ishani in Meri Aashiqui Tum Se Hi. Having tasted small screen success, she went on to woo us with her silver screen debut in the Vishal Bharadwaj directed venture, Pataakha. Madan then appeared in Vasan Bala's action-comedy Mard Ko Dard Nahi Hota premiered in the Midnight Madness section of the 2018 Toronto International Film Festival, clinching thePeople's Choice Award: Midnight Madness. She is all set to venture into the big league with Angrezi Medium featuring Irrfan Khan, Kareena Kapoor Khan and Deepak Dobriyal. A style cynosure, Radhika has been pushing the style boundaries with fashion lovers and critics alike lapping up her shenanigans. Radhika has jumped aboard the promotional bandwagon for her upcoming film, Angrezi Medium with much gusto, a snazzy style game and oodles of sass. She opted for a printed dress by Benetton and aced the vibe with some pumps, sleek pulled back hair and subtle glam. 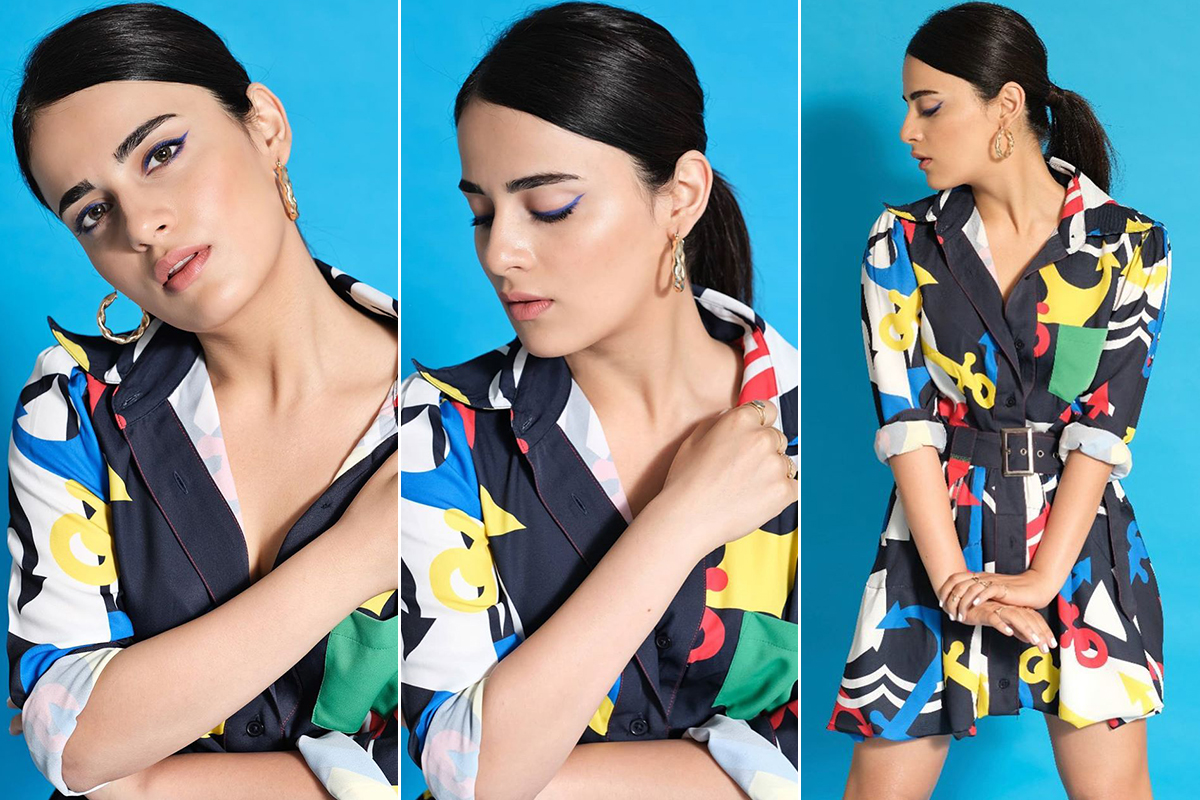 A shirt dress in flowy twill with an allover print featuring a pleated skirt and a belt at the waist was teamed with red pumps and gold-toned hoops. With her hair styled into a sleek low back ponytail with a flat side parting, Radhika's glam featured defined eyebrows, winged eyes, and nude pink lips. Radhika Madan Is Creating Her Own Sunshine In A Bright Yellow Retrofete Dress! 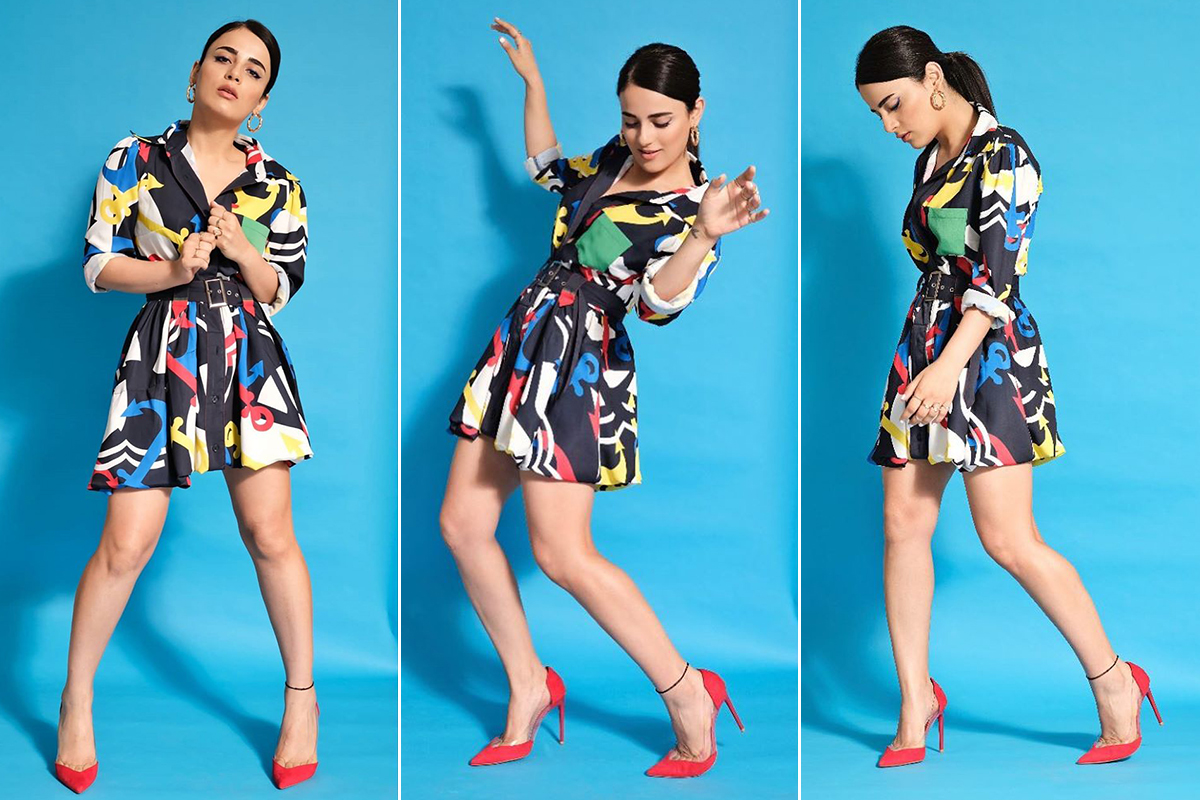 The Homi Adajania directed comedy-drama Angrezi Medium is a spin-off to Hindi Medium (2017). Featuring Irrfan Khan and Kareena Kapoor, the film is set to be released on 20 March 2020. She will also be seen in Shiddat: Journey Beyond Love, a romantic drama directed by Kunal Deshmukh also featuring Sunny Kaushal, Mohit Raina and Diana Penty in lead roles, slated for a release this year in September.z