This Latest Pic of Disha Patani in the Hot Pink Monokini Is REPETITIVE, but Her Insta Fans Go Gaga About It

Disha Patani has flaunted her toned body in this same Calvin Klein hot pink monokini even before. 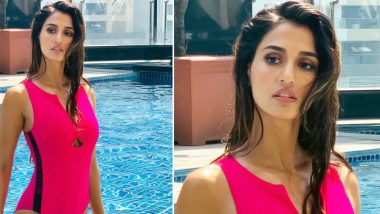 Disha Patani is one of the sultry actresses of B-town! Her pics or dance videos needn’t take much time to go viral. Whenever she posted any sexy picture posing in a bikini or any other attire, fans couldn't stop gushing about it. Her addiction to the Calvin Klein lingerie is something that her Insta fans are clearly aware of. The actress has posted a picture in a hot pink monokini and this isn’t something new but still, her fans are going gaga about it. Disha Patani Ditches Her Calvin Klein Lingerie and Picks a Hot Pink Monokini To Welcome the Summer - View Pic.

If you remember, on March 25 Disha Patani had shared a picture from a photoshoot in which she seen flaunting her curves. It was a Calvin Klein monokini and the one which she has posted now, is in the same swimsuit but with a different background and a different angle. The one that Disha has posted now is not from any photoshoot but a very casual one and fans are in love with her avatar. Bharat Song Slow Motion: Disha Patani’s Yellow Saree Reminds Us of Raveena Tandon’s from Mohra, Katrina Kaif’s from De Dana Dhan and Others.

And here’s the latest pic 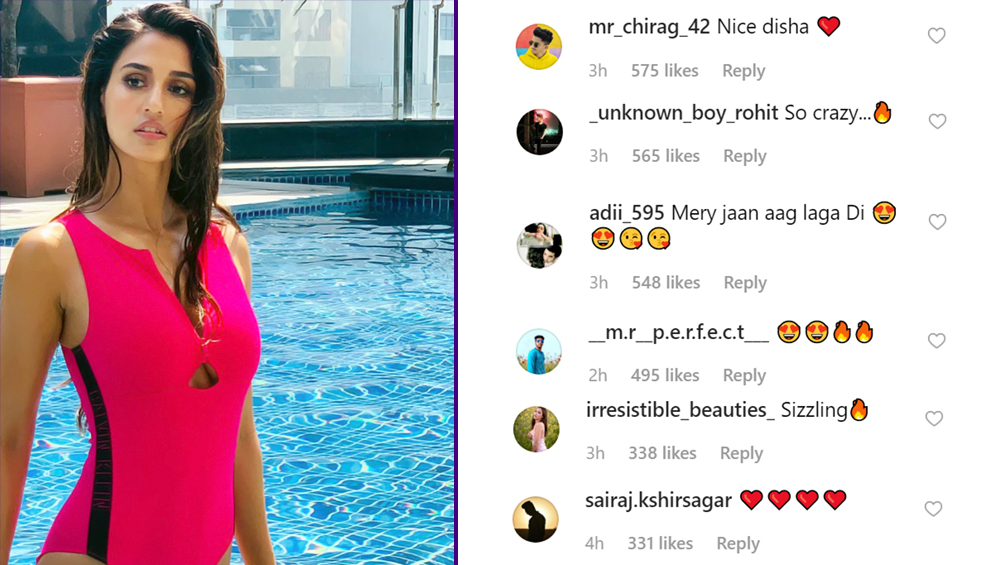 Ain’t Disha Patani looking super-hot? On the work front, Disha Patani is gearing up for the release of her upcoming flick, Bharat. She’ll be seen playing the role of a trapeze artist and we’ve already seen a glimpse of it in the film’s trailer. Besides this, Disha has started shooting for Malang, a film helmed by Mohit Suri. The hottie would be sharing screen space with Aditya Roy Kapur in this romantic-thriller.

(The above story first appeared on LatestLY on May 18, 2019 01:26 PM IST. For more news and updates on politics, world, sports, entertainment and lifestyle, log on to our website latestly.com).