Her fashion choices are dramatic, voguish and chic and something that new-age models should take note of. 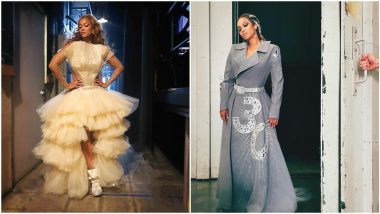 Famous American chat show host and TV personality, Tyra Banks celebrates her birthday on December 4. Banks has certainly a lot to put on her resume. Besides being a host and a reality TV show judge, she's also an actress, businesswoman, writer and producer. She's quite a prominent name in Hollywood and an interesting personality to be in awe of. Over the years, she has tried her hand at different departments and the end result has always been successful. Tyra Banks Slams Reports That Claim She Wants to Ban Real Housewives Stars on Dancing With The Stars.

One look at Banks' Instagram account and you're convinced that she knows how to live her life king size. Being a model, fashion runs in her genes and her appearances are designed accordingly. Her looks are dramatic, voguish and chic and something that new-age models should take note of. With her powerful and sometimes intimidating persona, she casts a magical spell on your mind and makes you fall harder for her. To elaborate on this, let's peek inside her Instagram account and start with our admiration. Tyra Banks Says She Is Teaching Her Son to Love All Body Types.

When She Had Her Own Cinderella Moment

Black and White Never Looked So Sexier Before

Keeping it Formal But Chic

(The above story first appeared on LatestLY on Dec 04, 2021 10:01 AM IST. For more news and updates on politics, world, sports, entertainment and lifestyle, log on to our website latestly.com).