Asteroid Day 2020 Date, History and Significance: Everything to Know About the Day to Mark the Anniversary of the Siberian Tunguska 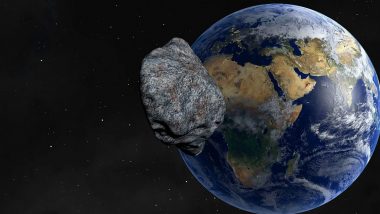 What is an Asteroid?

Asteroids are minor planets that exist in the inner solar system, mainly between Mars and Jupiter. They revolve around the Sun and have similar features like that of a comet, sans the tail. There are over millions of asteroids that exist in our solar system.

When will Asteroid Day 2020 be Celebrated?

Asteroid Day 2020, like every year, will be observed on June 30, which will fall on Tuesday, this time around. It is also known as International Asteroid Day amongst the space communities, and a few sections of people across the world.

What is the History of Asteroid Day?

Asteroid Day is observed as a mark of honour on the anniversary of the unfortunate incident, i.e. Siberian Tunguska event, on June 30, in 1908. The incident is considered to be the worst-ever asteroid-related event on planet Earth in recent years. Over 80 million trees, spread over an area of 2,150 sqkm, were flattened due to the collision of an asteroid. The incident took place near Tunguska River in Yeniseysk (now Krasnoyarsk Krai), in Russia.

The inaugural Asteroid Day, which took place on December 3, in 2014, was organised by a lot of prominent personalities, which include the likes of Stephen Hawking, Grigorij Richters, and over 200 scientists from around the world. However, the co-founders of the Asteroid Day are Dr Brian May (astrophysicist), Danica Remy (President of B612 Foundation), Rusty Schweickart (Apollo 9 astronaut), and Grig Richters (filmmaker).

It was in 2016 when the United Nations (UN) adopted a resolution in the General Assembly marking the date, i.e. June 30, as the official observance of Asteroid Day.

What is the Significance of Asteroid Day?

It is said that there are more than 1 million asteroids that exist in the solar system that have the potential to impact the surface of planet Earth at any given point in time. However, another fact states that even after using all the telescopes combined, available around the world, scientists have been able to discover only 1%. Sounds scary, no?

The scientists have been planning to increase the current rate, by 100X (1,00,000) every year, of discovering asteroids in the next ten years.

The 3 main goals of observing Asteroid Day are:

1. To make optimum use of technology to discover and track as many near-Earth asteroids possible.

2. To increase the pace of detecting and tracking the asteroids in the next ten years.

3. Creating awareness about asteroids amongst common public from which they can save/protect themselves from the consequences of its impact and aftermath.

One cannot avoid the destruction an asteroid would cause to planet Earth, but surely can take protective measures as and when the need arises. It will only happen when we have cutting-edge technology to do so. Hence, there’s a lot of weight in observing Asteroid Day.

It not only emphasises on discovering the asteroids, but it also encourages and educates people about asteroids, its impact, precautionary measures, and protective steps that they can take in due (limited) time and save their lives, if not livelihoods. Asteroid Day might seem a mere occasion on paper, but in reality, it is much more important than a common man could ever realise.

(The above story first appeared on LatestLY on Jun 29, 2020 10:27 PM IST. For more news and updates on politics, world, sports, entertainment and lifestyle, log on to our website latestly.com).