Buddha Purnima 2019: Haeinsa Temple, Pha That Luang and Three Other Famous Buddha Temples Across The World You Should Visit

Buddha Purnima or Vesak will be celebrated on May 18 this year to commemorate the birth of Gautam Buddha. On the occasion of Buddha Purnima, let us take you to five famous Buddha temples across the world. 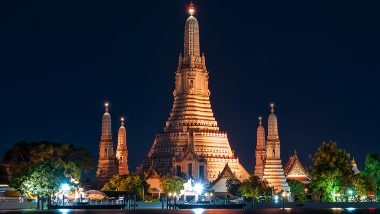 Buddha Purnima or Vesak will be celebrated on May 18 this year to commemorate the birth of Gautam Buddha. Buddha Purnima, also known as Vesak Day or Buddha Jayanti, is the most important day and is most revered day by the Buddhists. As per beliefs, Lord Buddha was born, attained enlightenment and death (nirvana) on the same day. This day is hence considered as a holy day for all the followers of Buddhism. Buddha Purnima is celebrated by Buddhists all over the world especially in the Asian countries including India, Sri Lanka, Nepal, Tibet, Bangladesh and Bhutan. Buddha Purnima 2019: Who is Buddha? 19 Facts about the Founder of Buddhism, Siddhartha Gautama.

Buddha, previously known as Prince Siddhartha, was born on a full moon night in the month of Baisakh, which falls in April of May of the Gregorian calendar.  On the occasion of Buddha Purnima, let us take you to five famous Buddha temples across the world. Buddha Purnima (Vesak) 2019 Date: Know Significance And Celebrations Associated With Buddha Jayanti. 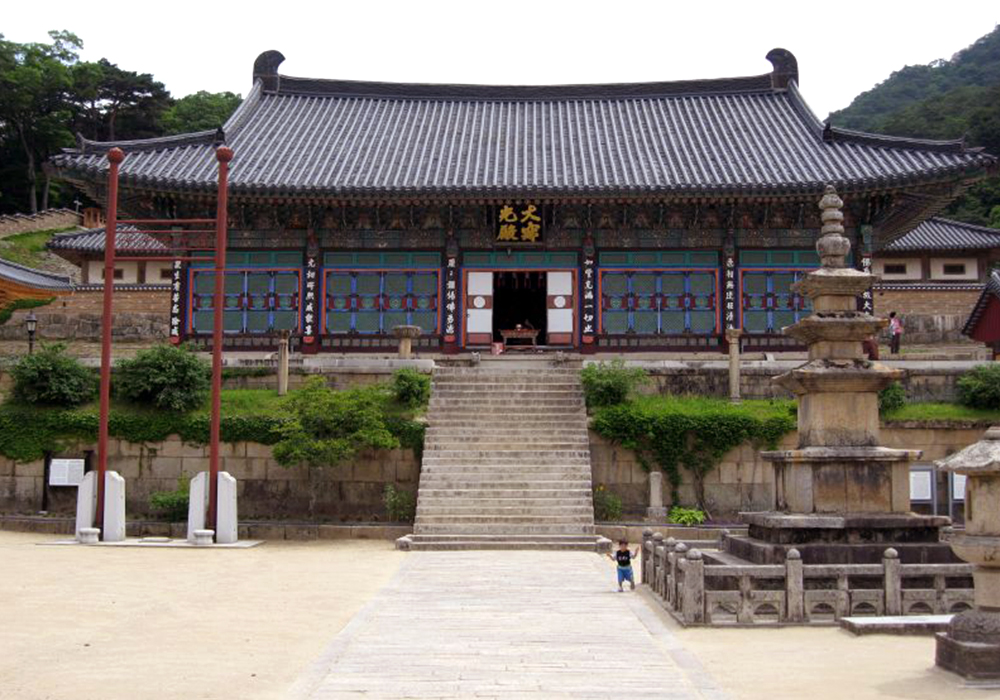 The Haeinsa Temple is a head temple of the Jogye Order of Korean Seon Buddhism in South Gyeongsang Province of South Korea. The temple was first built in 802. Haeinsa is one of the Three Jewels Temples, and represents Dharma or the Buddha’s teachings. It is still an active Seon practice center in modern times, and was the home temple of the influential Seon master Seongcheol, who died in 1993. According to history, legends says that two Korean monks Suneung and Ijeong, returned from China and healed Aejang of Silla's wife of her illness. In gratitude for Gautama Buddha's mercy, the king ordered the construction of the temple.

The Haeinsa temple complex was renovated in the 10th century, 1488, 1622, and 1644. Huirang, the temple abbot enjoyed the patronage of Taejo of Goryeo during that king’s reign. Haeinsa was burned down in a fire in 1817 and was rebuilt in 1818. Haeinsa is most notable for being the home of the Tripitaka Koreana, the whole of the Buddhist Scriptures carved onto 81,350 wooden printing blocks, which it has housed since 1398. 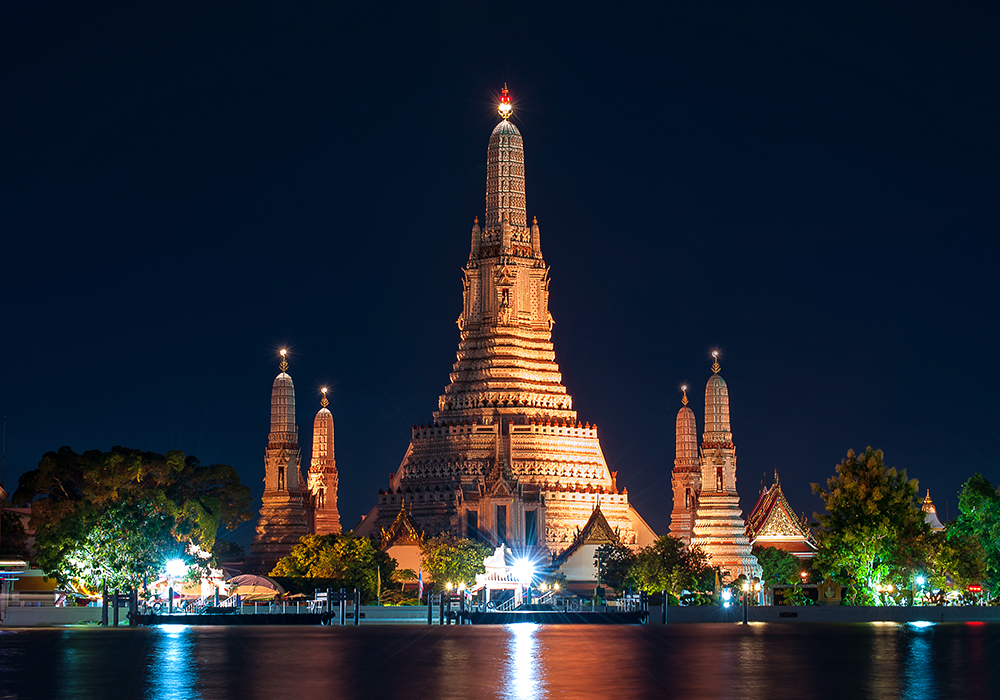 The Wat Arun Temple, locally known as Wat Chaeng, is a Buddhist Temple situated in Thailand. The temple is in Bangkok’s Yai district of Bangkok, Thailand, on the Thonburi west bank of the Chao Phraya River. The temple derives its name from the Hindu god Aruna, which is usually personified as the ‘rays of the rising sun’.

The main feature of Wat Arun is its central prang (Khmer-style tower) which is encrusted with colourful porcelain. The height is reported by different sources as between 66.8 m (219 ft) and 86 m (282 ft). The corners are surrounded by four smaller satellite prang, which are decorated by seashells and porcelain that were previously used as ballast by boats coming to Bangkok from China.

The Wat Arun temple is among the best known of Thailand's landmark. Although the temple had existed since at least the seventeenth century, its distinctive prang (spires) were built in the early nineteenth century during the reign of King Rama II. 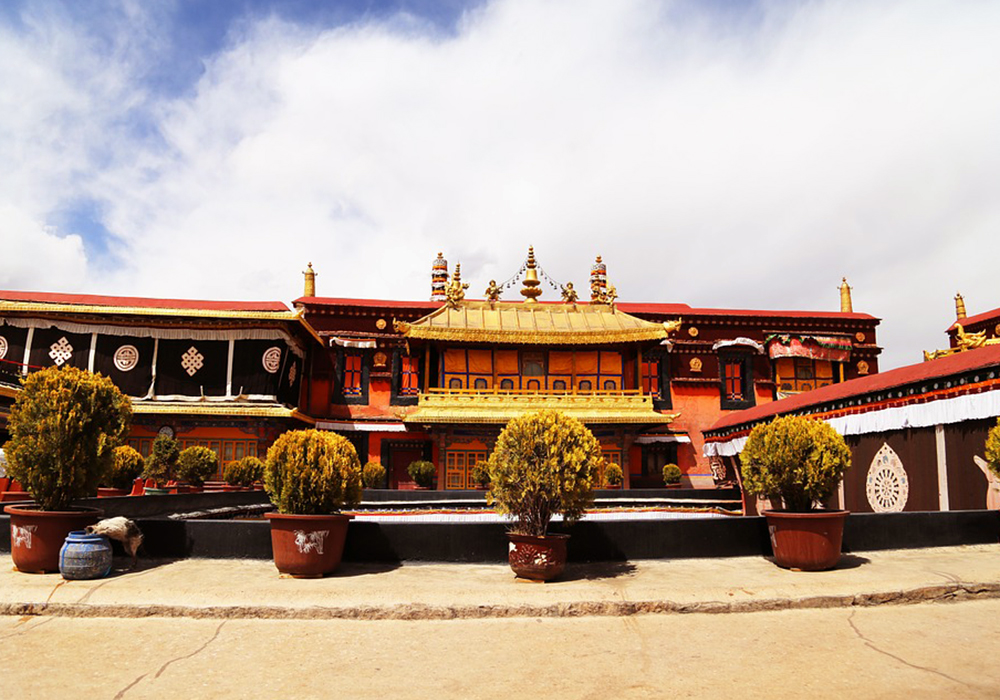 The Jokhang Temple, also known as the Qoikang Monastery is a Buddhist temple in Barkhor Square in Lhasa, the capital city of Tibet. The Jokhang Temple also known or Jokhang Monastery, is the spiritual centre of Tibet and the holiest destination for all Tibetan pilgrims. The temple was constructed by Tibetan King Songtsan Gambo in the 7th century to house the sacred image of the Buddha-Jowo Rinpoche, which was the dowry of Chinese princess Wencheng, the second wife of Songtsan Gambo married 641. The temple is listed in the World Cultural Heritages with Potala Palace and Norbulingka.

According to history, Tibetans consider the Jokhang temple as the most sacred temple in Tibet. The temple is currently maintained by the Gelug school. Worshipers from all sects of Buddhism are welcome in the temple. The temple's architectural style is a mixture of Indian vihara design, Tibetan and Nepalese design. 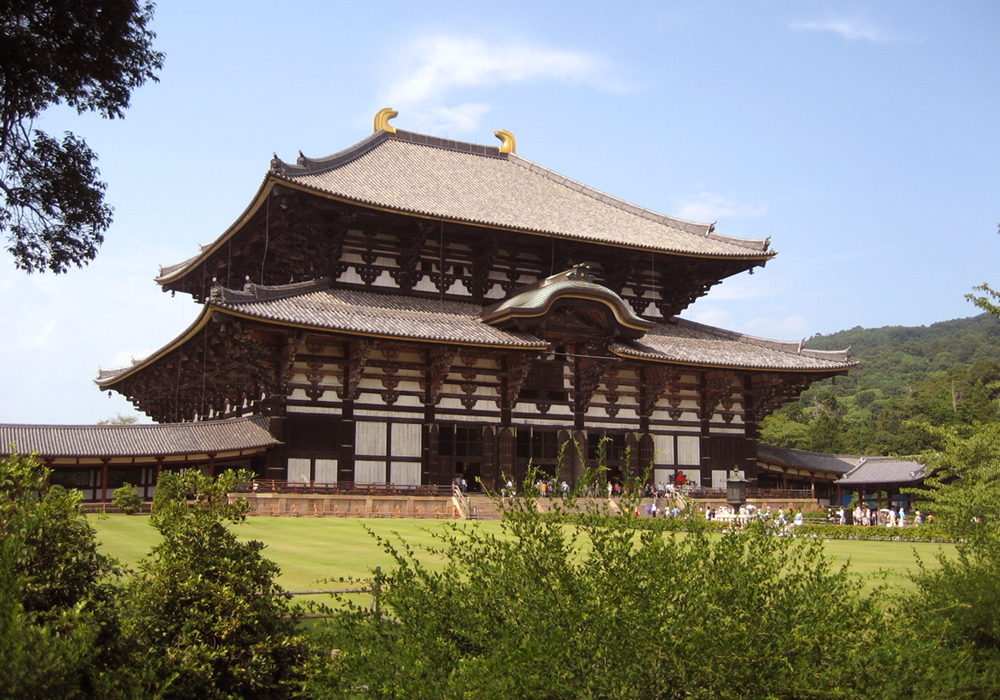 The Todaji Temple, located in the city of Nara in Japan, was originally founded in the year 738 CE. According to history, the temple was not opened until 752 CE. Todaji served as the head temple of a nationwide network of provincial Buddhist temples and grew so powerful that the capital was moved from Nara to Nagaoka in 784 to lower the temple's influence on government affairs. The temple’s Great Buddha Hall has the world's largest bronze statue of the Buddha Vairocana, known in Japanese as Daibuts.  It is one of Japan's most famous and historically significant temples and a landmark of Nara.

The temple also serves as the Japanese headquarters of the Kegon school of Buddhism. The temple is a listed UNESCO World Heritage Site as one of the "Historic Monuments of Ancient Nara", together with seven other sites including temples, shrines and places in the city of Nara.

Pha That Luang Temple in Laos 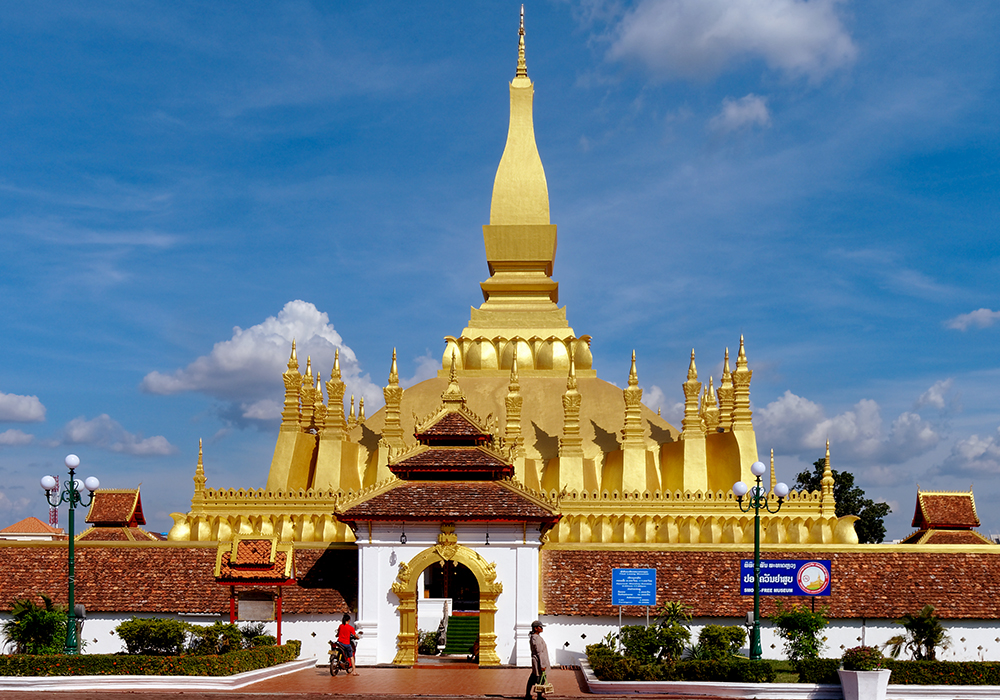 The Pha That Luang also known as the ‘Great Stupa’, is the most important Buddhist monument in Laos. The temple is a gold-covered large Buddhist stupa in the centre of the city of Vientiane in Laos.  It is generally regarded as the most important national monument in Laos and a national symbol. The large golden stupa in Vientiane is believed to enshrine a breast bone of the Buddha. The pagoda also known as ‘That Luang’ is officially named Pha Chedi Lokajulamani, which translates to “World Precious Sacred Stupa”.

The Pha That Luang temple was built in 1566 after King Setthathirath had made Vientiane the new capital of the Lan Xang Kingdom. At that time the pagoda was covered in gold leaf. The architecture of the building includes many references to Lao culture and identity, and so has become a symbol of Lao nationalism.

The vital fact about the temple is that only the pinnacle is covered in real gold, the remainder of the stupa is painted a gold color. Since its initial establishment, suggested to be in the 3rd century, the stupa has undergone several reconstructions as recently as the 1930s due to foreign invasions of the area.

(The above story first appeared on LatestLY on May 18, 2019 08:00 AM IST. For more news and updates on politics, world, sports, entertainment and lifestyle, log on to our website latestly.com).