Buddha Purnima 2019: Who is Buddha? 19 Facts about the Founder of Buddhism, Siddhartha Gautama

Although he has long departed from the physical realm, Gautama Buddha’s stories and teachings continue to inspire the world to this day. 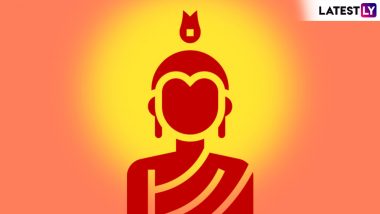 May 18 will be celebrated as Buddha Purnima or Vesak, which marks the birth, enlightenment and demise of Gautama Buddha. Prince Siddhartha as he was formerly known, was born on a full moon night in the month of Baisakh, which falls in April of May of the Gregorian calendar. He went on to found Buddhism, the world’s fourth-largest religion with 520 million followers worldwide. Buddha Purnima (Vesak) 2019 Date: Know Significance And Celebrations Associated With Buddha Jayanti.

Although he has long departed from the physical realm, Gautama Buddha’s stories and teachings continue to inspire the world to this day. On Buddha Purnima 2019, here are 19 stunning facts about Buddha who taught the world the four noble truths.

1. Prince Siddhartha was born in a royal family to King Suddodana Tharu and Queen Maya Devi.

2. He belonged to the Ikshvaku dynasty also known as Suryavanshi (solar) dynasty.

3. In just a few days after he was born, an old man prophesied that he would change the world, either by becoming a holy man or a great king.

4. King Suddhodana was worried that his son may become an ascetic. So he kept him away from the sufferings of the world.

5. Despite leading such a sheltered, luxurious life, Siddhartha didn’t find any happiness. And he set out exploring the world and was saddened by what he saw.

6. Siddhartha saw “The Four Great Sights”: a cripple, an old man, a sick man, a dead man and a holy man, which prompted him to seek the supreme truth.

7. He decided to become an ascetic, leaving behind a wife Yashodhara and a son Rahula.

8. Siddhartha, at first practised self-denial, which was believed to liberate the soul from pain. But still, he found no answers.

9. He used to eat only six grains of rice a day.

10. Siddhartha also tried to deprive himself of air to find the supreme truth, but to no avail.

11. Siddhartha found the “Middle Path” to enlightenment, which didn’t believe in strict deprivation or overindulgence.

12. In 49 days’ time, Siddhartha achieved enlightenment through meditation, sitting under the Bodhi tree.

13. He became “Buddha” or the Enlightened One.

14. Buddha prescribed the “Middle Path” to enlightenment because it was different from the religious practices of his times, which believed in overindulgence or extreme deprivation.

15. After deep introspection, Buddha set out on a path to spread his knowledge, teaching people while travelling to Sarnath.

16. Buddha never pretended to be a God, unlike many godmen today. Instead, he appealed to them as a man who found the true meaning of life. Even to this day, he is considered as a teacher by Buddhists.

17. The place where Buddha attained enlightenment, Bodh Gaya in Bihar, is still preserved for people.

19. According to him, “Buddha” was a state. Anyone who worked towards enlightenment can become one.

(The above story first appeared on LatestLY on May 15, 2019 07:15 PM IST. For more news and updates on politics, world, sports, entertainment and lifestyle, log on to our website latestly.com).