To honour the highly regarded figure, here we bring you Hazrat Ali birth anniversary 2021 wishes, HD images, and spiritual quotes. These messages and greetings can be sent through WhatsApp, Signal, Telegram, Facebook and other messaging apps. 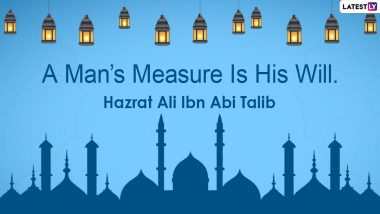 It is the birth anniversary of Hazrat Ali, the cousin and son-in-law of Prophet Muhammad. Celebrated on the 13th of the Islamic month of Rajab, Hazrat Ali’s birth anniversary in 2021 falls on February 25. His birthday is considered extremely significant among Muslims. People also consider him to be the first Imam by the Shia Muslims, and his full name was Ali ibn Abu Talib. To honour the highly regarded figure, here we bring you Hazrat Ali birth anniversary 2021 wishes, HD images, and spiritual quotes. These messages and greetings can be sent through WhatsApp, Signal, Telegram, Facebook and other messaging apps. In addition, we also bring you the latest addition to WhatsApp stickers for you to download online.

Hazrat Ali was born on the 13th day of Rajab’s Islamic month (seventh month of the Islamic calendar) in 599 AD to parents Abu Talib and Fatima bint Asda. He was born within the precincts of the Kaaba's holy sanctuary in Mecca, the most sacred place in Islam. Hazrat Ali is considered to be an eminent figure among Muslim. He is highly esteemed among both Shia and Sunni sects of the Muslim community. People remember Hazrat Ali for his bravery, spirituality and good deeds. To honour him on his birth anniversary, we have curated a list of quotes, HD images, wishes and messages that you can send to your closed ones. 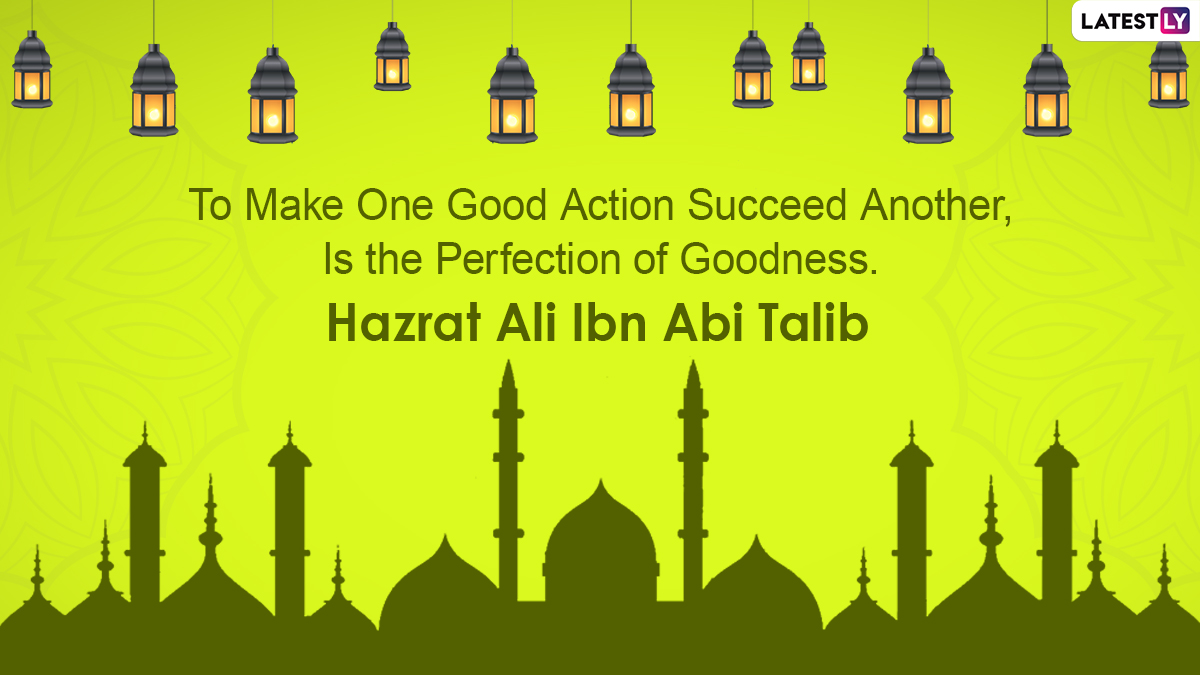 Quote Reads: “To Make One Good Action Succeed Another, Is the Perfection of Goodness.” Hazrat Ali Ibn Abi Talib 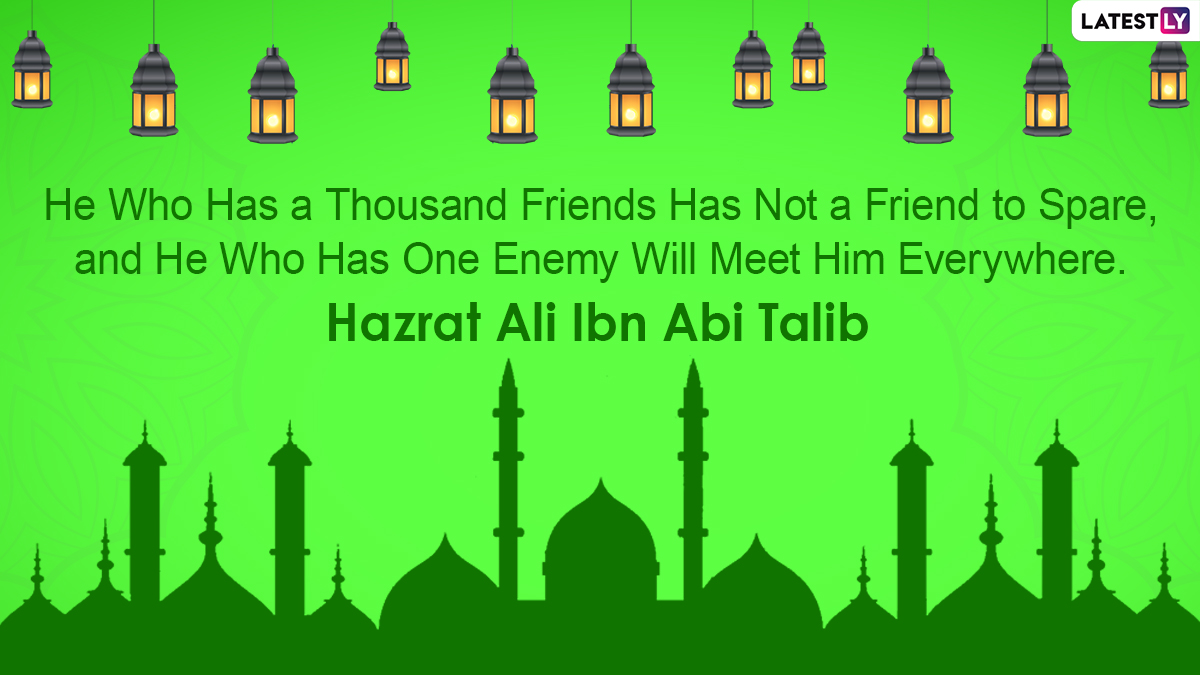 Quote Reads: “He Who Has a Thousand Friends Has Not a Friend to Spare, and He Who Has One Enemy Will Meet Him Everywhere.” Hazrat Ali Ibn Abi Talib 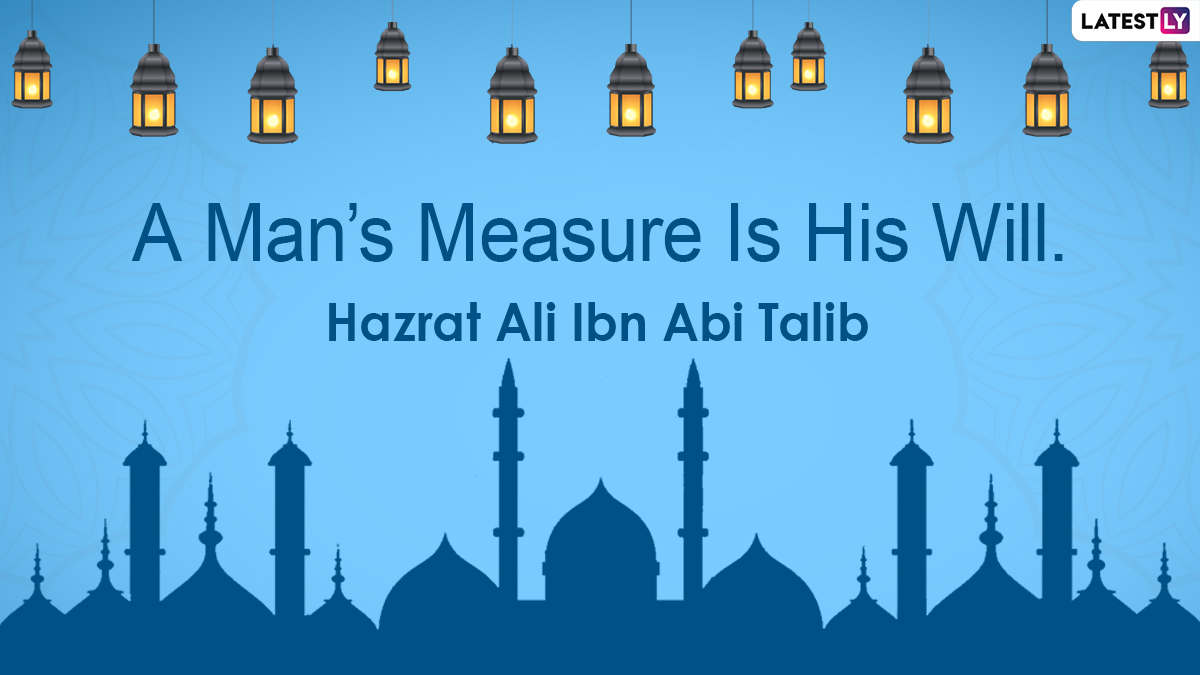 Quote Reads: “A Man’s Measure Is His Will.” Hazrat Ali Ibn Abi Talib

WhatsApp has unveiled the best and cute sticker images to make chats even more interesting. For each event as well, there are dedicated stickers available on both Android and iOS platforms. To download the latest collection of WhatsApp stickers, visit the Play Store app or click HERE. Let us remember his moral and religious deeds and observe his birth anniversary with positivity.

(The above story first appeared on LatestLY on Feb 25, 2021 08:56 PM IST. For more news and updates on politics, world, sports, entertainment and lifestyle, log on to our website latestly.com).