Every year, Navy Day is celebrated on December 4 to celebrate the success, achievements and Navy's contribution to India. Navy Day 2019 falls on Tuesday. The Indian Navy is a marine branch of the Armed Forces and is driven by the President of India as Commander-in-Chief. 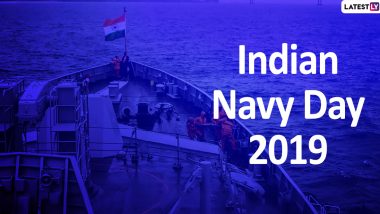 Every year, Navy Day is observed on December 4 to celebrate the success, achievements and Navy's contribution to India. Navy Day 2019 falls on Tuesday. The Indian Navy is a marine branch of the Indian Armed Forces and is led by the President of India as Commander-in-Chief. Before the celebration of Navy Day, the leading days are celebrated as Navy Week where several activities take place across the nation. Indian Navy Day 2019 Date and Theme: History and Significance of the National Event That Honours Country’s Naval Forces.

The day is celebrated as a mark of respect to the Navy's bravery and sacrifice it had shown during the India-Pakistan War in 1971. During the Operation Trident, the Indian Navy not only sank four Pakistani vessels, including PNS Shah Jahan, PNS Khaibar and PNS Muhafiz but also caused a considerable number of casualties in the opponent's side. 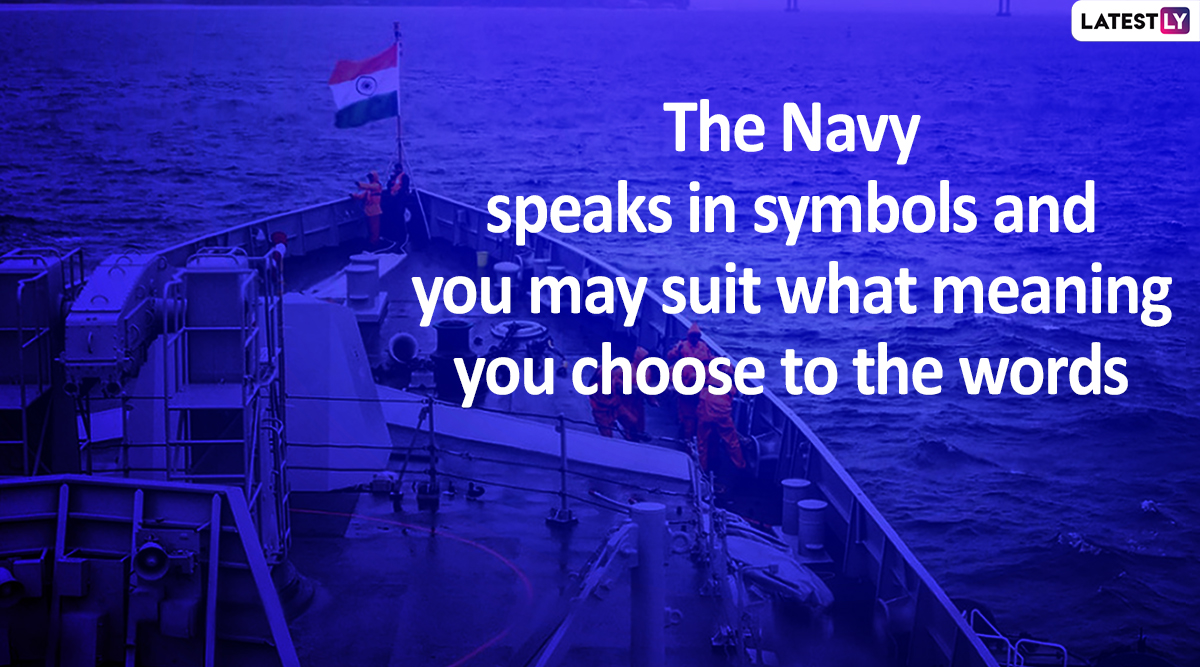 Message reads: The Navy speaks in symbols and you may suit what meaning you choose to the words 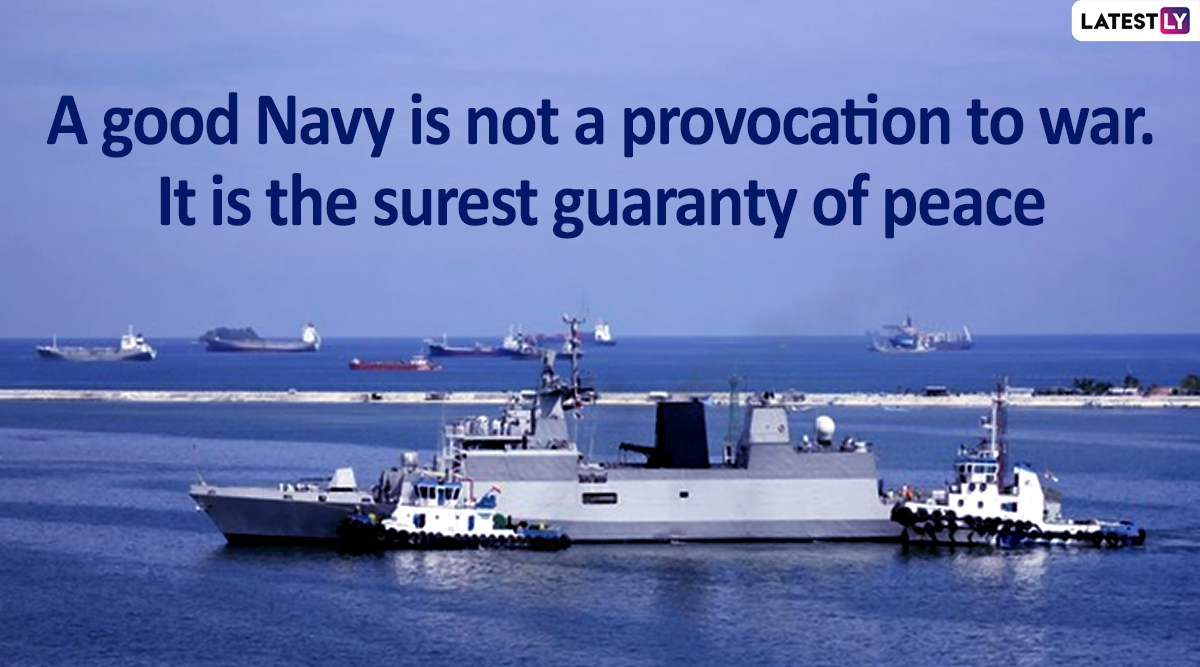 Message reads: A good Navy is not a provocation to war. It is the surest guaranty of peace 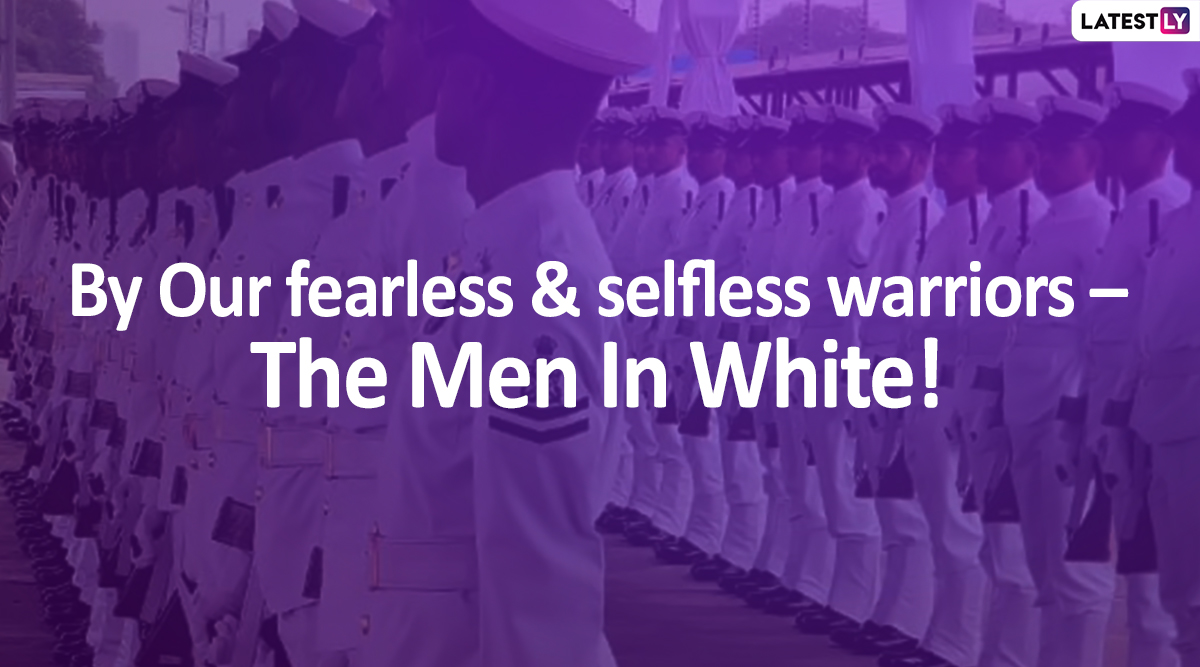 Message reads: By Our fearless & selfless warriors – The Men In White! 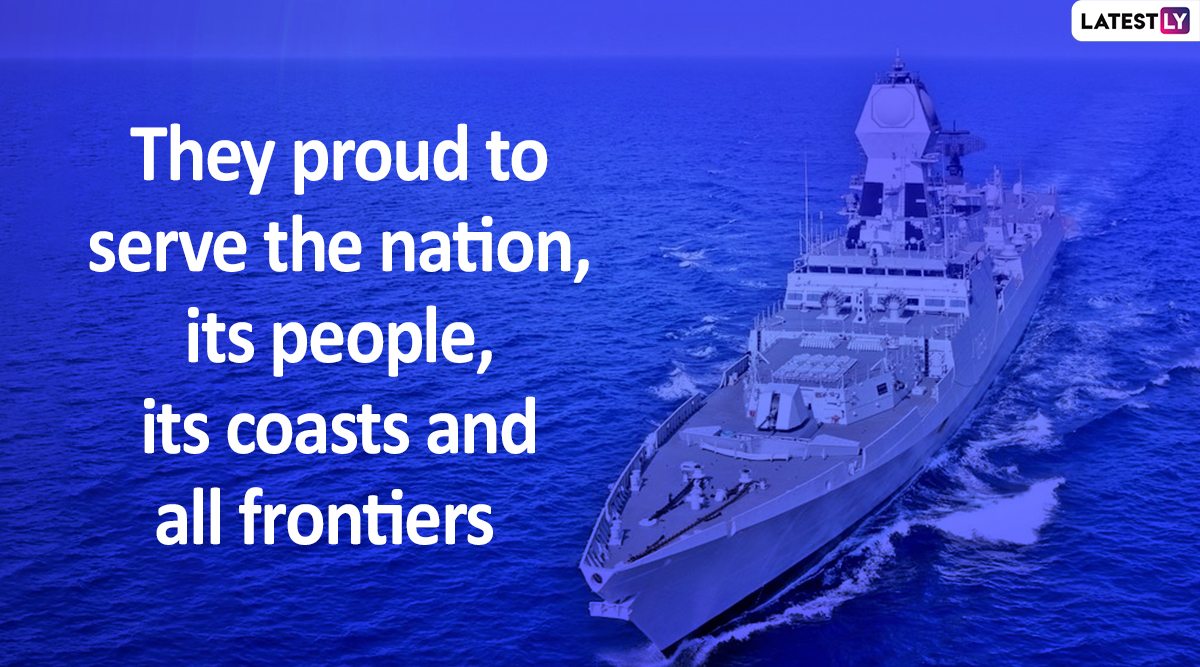 Message reads: They proud to serve the nation, its people, its coasts and all frontiers 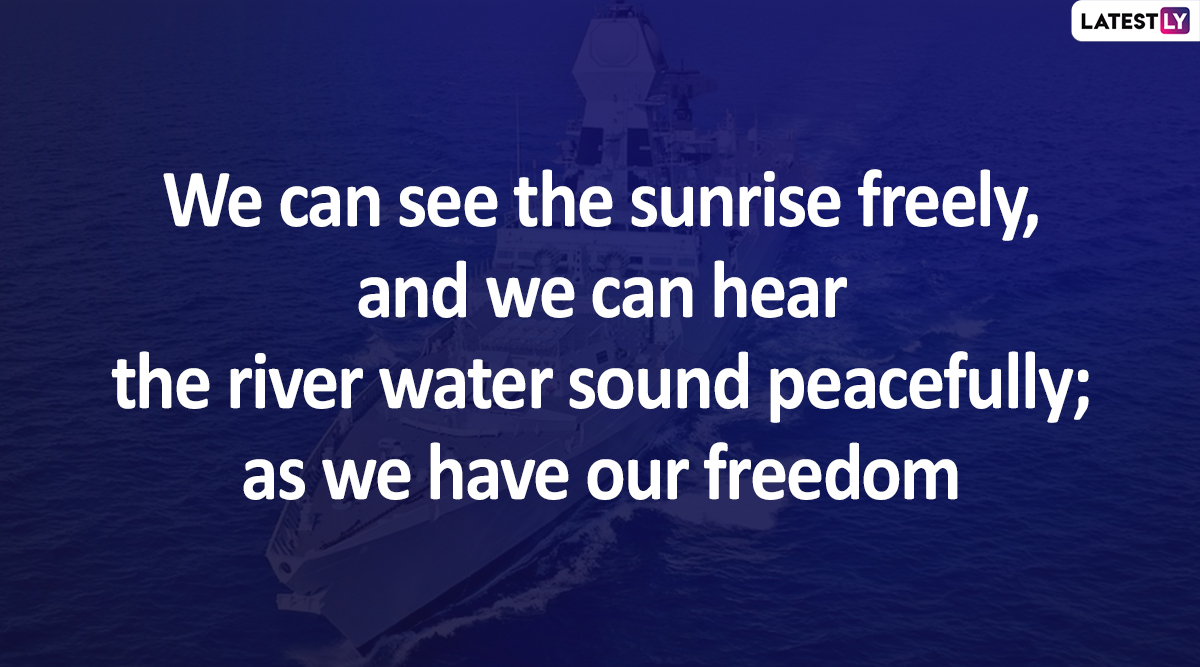 Message reads: We can see the sunrise freely, and we can hear the river water sound peacefully; as we have our freedom

Every year, Navy Day has a different theme. For Navy Day 2019, the theme is "Indian Navy - Silent, Strong and Swift." Last year, the theme was "Indian Navy, Mission-deployed and Combat-ready."

(The above story first appeared on LatestLY on Dec 04, 2019 07:30 AM IST. For more news and updates on politics, world, sports, entertainment and lifestyle, log on to our website latestly.com).