A PepsiCo India spokesperson said that 'Yeh Dil Maange More', a phrase that has always been synonymous with Pepsi, "took on a new meaning when Capt. Batra adopted the line as his rallying cry". 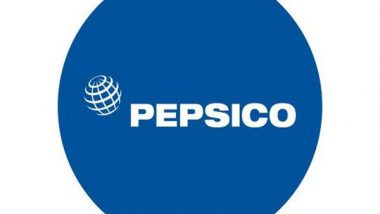 New Delhi, July 26: Foods and beverages major PepsiCo India on Monday said it has launched a set of limited-edition cans and an ode as homage to India's bravehearts on Kargil Diwas.

The limited-edition cans have been inspired by the story of Capt. Vikram Batra, known as 'SherShaah' of Kargil, who "immortalised" the company's slogan 'Yeh Dil Maange More' by choosing it "to signify his mission's success", PepsiCo India said in a statement.

"The limited-edition cans also feature a QR code, through which consumers will be able to view Pepsi's heartwarming tribute to Capt. Vikram Batra," it added. The ode is narrated by Vishal Batra, the Kargil martyr's identical twin brother, reminisces his life with his brother and his tale of heroism. Kargil Vijay Diwas 2021: President Ram Nath Kovind Pays Tributes to War Heroes at Baramulla War Memorial (See Pics).

"The ode also captures milestones from Capt. Batra's life – right from his early days of Passing Out Parade to the headlines he created by capturing Point 4875, a peak now immortalised in his memory as the Batra Top," the statement said.

Commenting on the gesture, Vishal Batra said, "22 years ago, Vikram's powerful voice rang out over a radio and inspired patriotism in Indians of all ages as he said 'Yeh Dil Maange More'...I am both, proud and grateful that Pepsi is taking the story of his selflessness and courage across the country."

Terming it as "emotional experience" to record the ode dedicated to his twin brother "as it brought back many fond memories of him", he said,"I am hopeful that the story of his valour will inspire millions of Indians and remind them of the sacrifices by the brave souls who are on the border, so that we can feel safe back home."

A PepsiCo India spokesperson said that 'Yeh Dil Maange More', a phrase that has always been synonymous with Pepsi, "took on a new meaning when Capt. Batra adopted the line as his rallying cry". Kargil Vijay Diwas 2021 Quotes & Messages: Remembering Heroes of Operation Vijay With These Patriotic Thoughts, Images and HD Wallpapers on July 26.

"We are proud to honour the valour and selflessness of Capt. Batra and many other soldiers like him through the new limited-edition cans and a special heartfelt video. This Kargil Vijay Diwas, we are remembering all those brave heroes and salute their indomitable spirit and resilience," the spokesperson added.

The limited-edition will be available in select e-commerce channels in August, which also marks the 74th year of India's independence, the company added.