Memorial Day 2020 Date And Significance: Know History and Traditions of The Observance That Honours Military Personnel Who Died Serving The United States 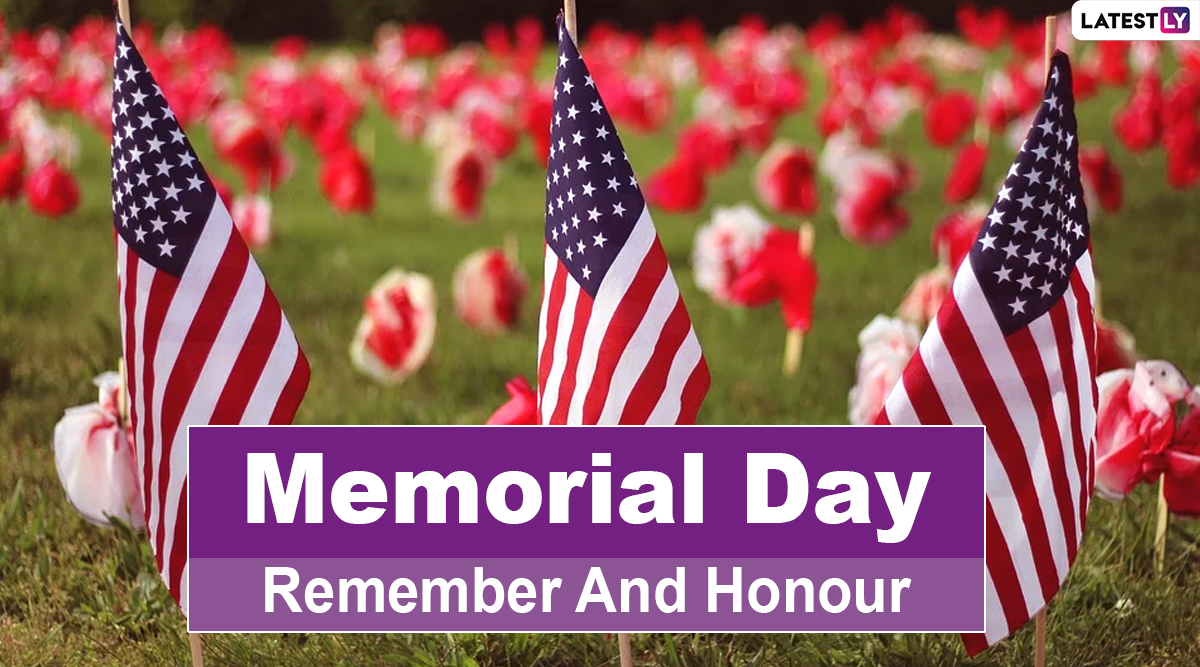 Memorial Day commemorates military personnel who died serving in armed forces of the United States. The day was earlier known as Decoration Day was later changed to Memorial Day. On this day people visit the grave of soldiers and decorate it with flowers, wreaths and flags as a rememberance for their contribution to the motherland. Memorial Day was first observed on May 30, 1868, to commemorate the sacrifices of the Civil War soldiers. This U.S. federal holiday is now observed on the last Monday of May following varying practices. National Memorial Day 2020 falls on May 25. Memorial Day 2020 During COVID-19 Pandemic: From Virtual Experiences to Incorporating Social Distancing Measure, Ways To to Honour The Fallen Amid Coronavirus Outbreak.

The observance began as an event to pay tribute to the soldiers who had died during the American Civil War. It was inspired by how the people of the Southern States honoured their dead people. On this day, people remember the sacrifices of the soldiers which resulted in the freedom we enjoy today. People often share images on social media which reads 'Memorial Day, Remember and Honour' on this day.

On Memorial Day, people go for picnics, conduct sports events and meet their family member. This day which falls during summer is also seen as the start of many cultural events. Many sport white clothes on this day.

Memorial Day originally honoured only those lost while fighting in the Civil War. But during World War I the United States the holiday evolved to commemorate American military personnel who died in all wars, including World War II, The Vietnam War, The Korean War and the wars in Iraq and Afghanistan.

For decades, Memorial Day continued to be observed on May 30, the date which was earlier selected for the first Decoration Day. In 1968, the Congress passed the Uniform Monday Holiday Act to establish Memorial Day on the last Monday in May which created a three-day weekend for federal employees. But until, 1971, it did not become an official federal holiday. Later, during the first national commemoration, former Union Gen. and sitting Ohio Congressman James Garfield made a speech at Arlington National Cemetery. Following which, around 5000 participants came forward to decorate the graves of more than 20,000 Union and Confederate soldiers who were buried there.

After the American Civil War, New York became the first state to designate Memorial Day as a legal holiday. After World War I, it became a tradition to honour those who died in America War's and so widely established as a national holiday throughout the United States.