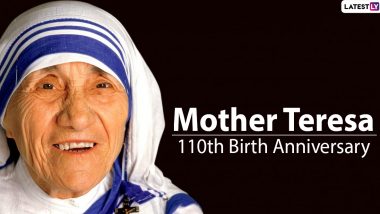 Even after Mother Teresa's death, the Missionaries of Charity continued the good work and still is active in over 130 countries. She proved time and again that humanity knows no religion.

(The above story first appeared on LatestLY on Aug 25, 2020 11:45 PM IST. For more news and updates on politics, world, sports, entertainment and lifestyle, log on to our website latestly.com).