National Work From Home Day 2021: From Increased Sustainability To Productivity, Here Are The Benefits of Working From Home

National Work From Home Day - before it came to be known as 'Everyday' - was established to pay homage to the cultural and technological advancements of our generation, that enables a person to work from any corner of the world without punching in the timecard every day at work. 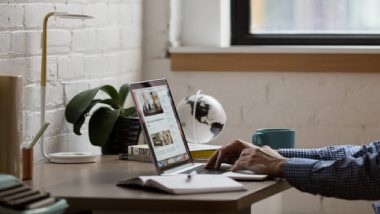 National Work From Home Day - before it came to be known as 'Everyday' - is observed on June 24 to pay homage to the cultural and technological advancements of our generation, that enables a person to work from any corner of the world without punching in the timecard every day at work. The miracles of these advancements became glaringly obvious during the pandemic days when the world turned into a virussy minefield that had to be avoided at any cost. So work at home became an everyday occurrence. While few individuals had to report to work the rest of us were afforded the privilege of working from home. The prospect might have been an alluring one in the beginning but the romance with the living room couch quickly wore off. A survey in the Gallup poll revealed that 66 per cent wanted to get back to the good old days of daily commutes. But the same poll a few days later revealed that 88 per cent were happy with their home office situation. While there might be a huge disparity between these two polls, there is consensus on the few perks of our current hermit-like work life. Here are a few benefits that might make you realise that you might be looking a gift horse in the mouth.

There's a barometer against which to measure the cost-benefit ratio of Working from home. When measured accurately, you have to concede that your nerves might be wearing thin while staring constantly at the home wallpapers ( easy solution - perhaps quit procrastinating and try looking at the computer screen and get some work done in the process) but the benefits outweigh the cost.

Many employers are considering their future in the post-pandemic world as more and more influential companies  —like Twitter, Square, Shopify, and Facebook, to name just a few— have announced their elective remote-work policies. On this National Work From Home Day, let's consider these benefits that might just be the way to the future.

(The above story first appeared on LatestLY on Jun 23, 2021 08:27 PM IST. For more news and updates on politics, world, sports, entertainment and lifestyle, log on to our website latestly.com).