Poila Baisakh 2018 is celebrated in a festive manner in both Bangladesh and West Bengal as well by the Bengalis residing at Tripura. In Bangladesh, Poila Baisakh is a national holiday to its citizens whereas in West Bengal it is a state holiday. 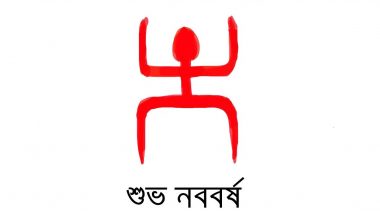 Poila Baisakh or Pahela Boishak celebrations are on full swing all over India especially in West Bengal. With Bengali New Year just around the corner, which this years falls on April 15; Bengalis are all busy in the festivity and merriments. Poila Baisakh is the first day of the year according to the Bengali calendar. The same day is observed as New Year by different cultures with different names such as Bhogali Bihu in Assam, Baisakhi in Punjab, Puthandu in Tamil Nadu and Vishu in Kerala. The festival is celebrated with fairs and family gatherings. The traditional greeting to wish Bengali New Year is Shubho Noboborsho which literally means Happy New Year!

Poila Baisakh 2018 is celebrated in a festive manner in both Bangladesh and West Bengal as well by the Bengalis residing at Tripura. In Bangladesh, Poila Baisakh is a national holiday to its citizens whereas in West Bengal it is a state holiday.

Poila Baisakh 2018 Date: The festival date is set according to the Bengali calendar as the first day of its first month, Baisakh. Every year it almost falls in the middle of April on 14 or 15. This year Poila Baisakh will be celebrated by individuals on April 15.

Poila Baisakh 2018 History and Significance: The history on the celebration of Poila Baisakh traces to both Mughal and Hindu origins. Some say that it was during the rule of the Mughal Emperor Akbar the festival was a tradition and the Bengali New Year was introduced by him to ease the tax collection process. It helped to collect land taxes after the spring harvest based on the traditional Bengali calendar because the Islamic Hijri calendar created administrative difficulties in setting the collection date. Again, some historians state that the Bengali festival of Poila Baisakh is related to the traditional Hindu New Year festival called Baisakhi which is an ancient harvest festival of India.

Poila Baisakh Celebrations 2018: Poila Baisakh is one of the most significant Bengali festivals. On the auspicious day, families clean their house and some even paint artful alpona in their courtyards. The day starts early as individuals dress up in traditional attires, sings and dance along to Bengali classical and folk tunes. People visits their relatives and greet each other saying Shubho Noboborsho. Various cultural and art performances like poetry recitation, singing and dramatic representations are during mass gatherings.

No Bengali affair can be complete without the delicious food. They go back to their roots Poila Baisakh 2018 and prepares traditional Bengali dishes. A variety of vegetarian and non-vegetarian delicacies are prepared across Bengali households. The tasty affair is of course incomplete without fish—Ilish, Bhetki or Chingri are the most common one. And Bengali festivals has to end with a special dessert! Shubho Noboborsho to you all!

(The above story first appeared on LatestLY on Apr 14, 2018 06:13 PM IST. For more news and updates on politics, world, sports, entertainment and lifestyle, log on to our website latestly.com).