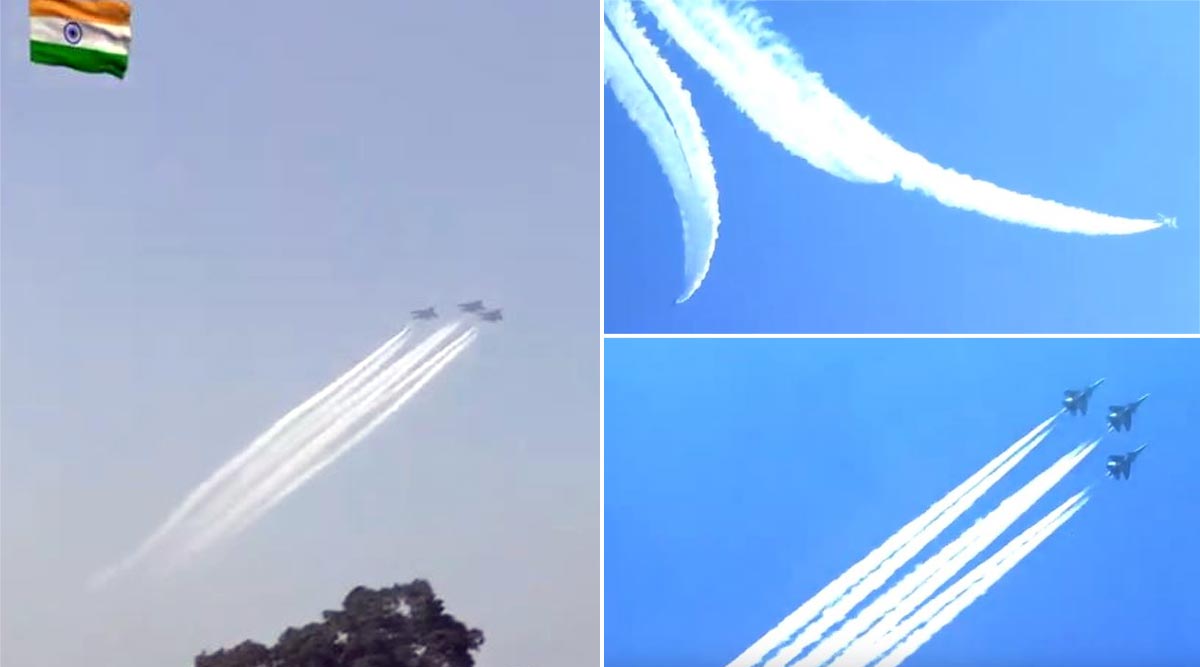 Earlier, the Indian Air Force tableau showcased scaled-down models of the Rafale aircraft, the Tejas aircraft, the Light Combat Helicopter, the Akash Missiles System, and the Astra Missiles against a sky blue background during the Republic Day Parade here on Sunday.

Delhi: A lone Su-30MKI flies at a speed of 900 km/hr and splits the sky with a ‘Vertical Charlie’. The aircraft is being

'Trishul' manoeuvre. The formation is being led by Group

Success to them is a result of hardwork, persistance... and firepower..A LOT OF FIREPOWER...!!!

Touching the sky with glory is our @IAF_MCC

So far, four aircraft have been inducted which are being utilised to further hone the skill of the IAF pilots in France. LCA, popularly known as Tejas is a single-engine, delta wing multi-role fighter aircraft and will be used for engaging in combat missions, reconnaissance and interdiction roles.

The LCH is capable of operating up to an altitude of 21,000 feet and has recently test-fired an air to air missile. In addition, the helicopter is being equipped with 20 mm turret guns and 70 mm rockets. Akash is a medium-range mobile surface-to-air missile defence system which can target aircraft at a distance of up to 30 kilometres and at altitudes up to 18,000 metres. It has the capability to neutralise aerial targets like fighter jets and various other missiles.