Bearing testament to the government’s steadfast commitment in promoting Indian culture and heritage, 200 ancient idols from all across the world have been brought back to the country since 2014 compared to 13 before. 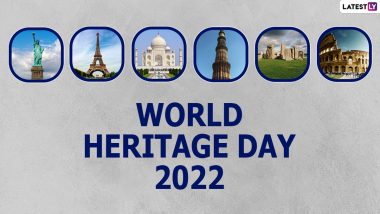 On this World Heritage Day, as the world celebrates its efforts to salvage the rich cultural heritage inherited from ancestors, India is also proud of its efforts on that front.

From added impetus on preservation of monuments to establishing world class institutes that train our citizens on conservation strategies, the government has done a slew of initiatives to maintain our cultural assets. The government has also build many monuments of national importance to give our young generation a richer sense of Indian history.

India has 10 more of its sites added to UNESCO’s World Heritage Sites list since 2014, taking our total to 40. The United Nations Educational, Scientific and Cultural Organisation (UNESCO) has a total of 1,154 monuments designated as world heritage sites from all over the world.

Apart from India only Italy, Spain, Germany, China and France have 40 or more World Heritage sites. This provides huge potential to India to attract a large number of foreign travellers to India. World Heritage Day 2022: Netizens Share Greetings, HD Images, Quotes And Messages To Observe the International Day for Monuments and Sites.

Considering that 49 more sites are on India’s World Heritage Tentative list, our heritage monuments will be a game changer in the tourism sector. Archaeological Survey of India (ASI) has created an online portal for Indian Heritage Sites/Monuments with a “Must See” List that features outstanding monuments under its protection. It also launched an e-ticketing facility that relieved ASI personnel from dispensing tickets to concentrate on the security and maintenance of monuments.

Bearing testament to the government’s steadfast commitment in promoting Indian culture and heritage, 200 ancient idols from all across the world have been brought back to the country since 2014 compared to 13 before.

157 artefacts and antiquities were handed over by the United States during Prime Minister Modi’s US visit in September 2021. The items largely belong to the period of 11th CE to 14th CE as well as historic antiquities such as the copper anthropomorphic object of 2000 BC or the terracotta vase from the 2nd CE. Some 45 antiquities belong to the Before Common Era.

Aimed at enhancing the tourism experience of travellers that visit our heritage monuments, this scheme upgraded amenities at the sites. Public or Private sector companies can put forth a proposal for adopting sites. Such companies are called Monument Mitras.

As of now, 24 MoUs have been signed with Ministry of Tourism, ASI and Monument Mitras for active collaboration in upgrading and developing amenities at tourist heritage sites.

The government has decided to set up ‘Indian Institute of Heritage’ at Noida to focus on conservation and research in India’s rich tangible heritage.

The new campus of the National Museum Institute was inaugurated in 2019, adding four new courses such as Archaeology, Palaeography, Epigraphy and Numismatics; Structural Conservation and Cultural & Heritage Management.

Centre administers ‘Scheme of Financial Assistance for the Preservation and Development of Cultural Heritage of the Himalayas’ that provides 10 lakh per year to schools or colleges to study and research on Himalayan cultural heritage. The scheme also supports preservation of old manuscripts, literature, art and crafts; and also documentation of music and dance of the region.

(The above story first appeared on LatestLY on Apr 18, 2022 04:35 PM IST. For more news and updates on politics, world, sports, entertainment and lifestyle, log on to our website latestly.com).