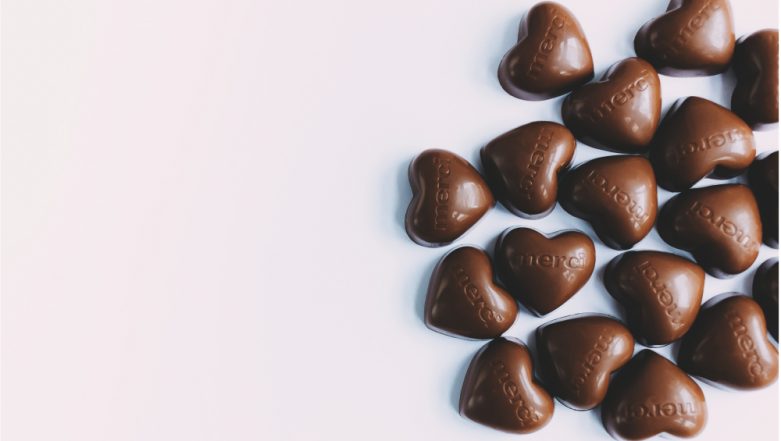 Can you ever have enough chocolate? By the end of the article, you will be left craving for more. Made from the roasted seeds of the cacao plant, chocolate is called the “Food of the Gods” for a reason. The earliest references of chocolate date back to 1900 BC, when the Mayans and Aztecs ground the beans to make a delicious bittersweet drink. Today, chocolate is one of the most versatile ingredients, finding its way into most foods from cakes to sauces. Chocolate plays a big part in romance, where it’s a ritual to woo partners with chocolate bonbons. According to science, eating chocolate also creates feelings similar to being in love; tryptophan, the chemical responsible for releasing serotonin, is one of the primary ingredients in chocolate. Although it is known mostly as a dessert, it has more therapeutic qualities than we like to give it credit for. If you plan of gifting your significant other some of these sweet treats on Chocolate Day, you’ll be delighted to know its health benefits.

Chocolate has been negatively portrayed as unhealthy food for the longest time. How can such divine-tasting food be good for your health? It was associated with acne, cavities, hypertension, coronary heart diseases and diabetes.

The biologically active phenolic compounds in cocoa have been vindicating chocolate. It is slowly being recognised for as much for its health benefits as for its heavenly taste.

Chocolate is well… choc-a-bloc with nutrients such as riboflavin, vitamin B12, manganese, zinc and phosphorus. It’s also a good source of minerals like calcium, magnesium and iron.

Dark chocolate is also an excellent source of antioxidants.

That being said, it’s a little heavy on calories, thanks to the added fat and sugar. A single 100gm serving supplies close to 600 calories, which is 30 percent of your daily requirements. Significance: Romantic Quotes and Chocolate Gift Ideas to Give Your Partner A Lovely Surprise!

Ladies, you know what we’re talking about. Remember reaching out for a candy bar when you are PMSing. Just a couple of boxes later and voila! You feel awesome again. Health Benefits of Dark Chocolate You Should Know Of.

Chocolate contains tryptophan, a chemical responsible for making serotonin, the feel-good chemical. It also contains caffeine, which has a mild stimulatory effect on the central nervous system. It’s a great pick-me-up if your mood needs boosting.

You can read that again. A study published in the Journal of Nutrition suggests that chocolate consumption may help reduce bad cholesterol in the body. The researchers concluded that eating chocolate regularly may help in improving heart health by lowering LDL cholesterol.

Chocolate keeps your brain sharper. It contains cocoa flavanols that have neuroprotective qualities, which improves cognition. A Harvard study concluded that drinking two cups of hot chocolate a day helps keep the brain sharper. It could also slow down the cognitive decline in older people.

A study published in the journal Heart showed that eating anywhere up to 100gms of chocolate every day could reduce your risk of stroke. Another study from Canada showed that those who eat chocolate reduced their risk by 22 percent.

Eat But With Caution

Chocolate does have a lot of health benefits. It’s not without its disadvantages, however. Pure chocolate is hard to come by and what is available in shops these days is the commercialised, processed version. It’s loaded with sugar, corn syrup and chemical flavourings, which can significantly lower all its purported health benefits.

Experts recommend that you go for chocolate with higher percentages of cocoa. Dark chocolate is therefore considered the best due to the concentration of cocoa.