Overweight or obese adolescents are both perpetrators and victims of bullying. 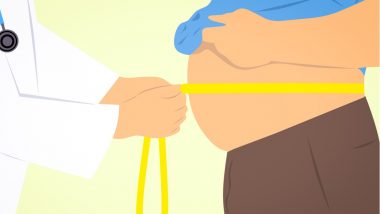 New York, June 11: Researchers have found that obese adolescents are not only significantly more likely to experience bullying, but chances of them being perpetrators are also higher, compared to their healthy weight peers. Overweight or obese adolescents who are either victims or perpetrators of bullying or both have significantly greater odds of having depression, behavioural problems and difficulty making friends, said the study published in the journal Childhood Obesity.

"While it is clear that as a group, the obese have been more involved in bullying than other groups, it is not clear the extent to which the obese are the victims of bullying or the source? In a large nationally representative sample, it was determined that the obese were both victims and perpetrators," said Tom Baranowski from Baylor College of Medicine in the US. Obesity Dangers: From Sexual Problems To Cancer, Here Are 11 Risks of Being Overweight.

During the study, the researchers compared bullying behaviour among obese and healthy weight teenagers and found significant differences for bullying victimisation and being both a victim and a perpetrator.

Adolescents with obesity involved in bullying behaviours had significantly higher odds of behavioural conduct problems, depression, arguing excessively and having difficulty making friends compared to obese adolescents who were neither a bully perpetrator nor victim, according to the researchers.

(The above story first appeared on LatestLY on Jun 11, 2019 04:05 PM IST. For more news and updates on politics, world, sports, entertainment and lifestyle, log on to our website latestly.com).